News Staff
Postglacial rebound, uplift in Greenland blamed on global warming, has actually made it harder to measure ice loss due to global warming, according to a new paper in Science Advances.

The Greenland Ice Sheet sits on the Earth’s solid crust, which is in turn perched atop a softer layer of rock called the mantle. When the ice sheet loses ice, the crust underneath rises up, similar to the way in which a compressed spring will bounce up when pressure is removed. This uplift, called postglacial rebound, means that scientists can’t measure how much an ice sheet is shrinking by simply tracking changes in its surface elevation. They must also figure out how much of that elevation change is caused by the bedrock rising.

Those are a lot of variables in estimating ice changes accurately. Like anything else in science, when there is doubt about the validity of estimates in computer models based on unclear data, policy changes won't be happen or could be flawed. 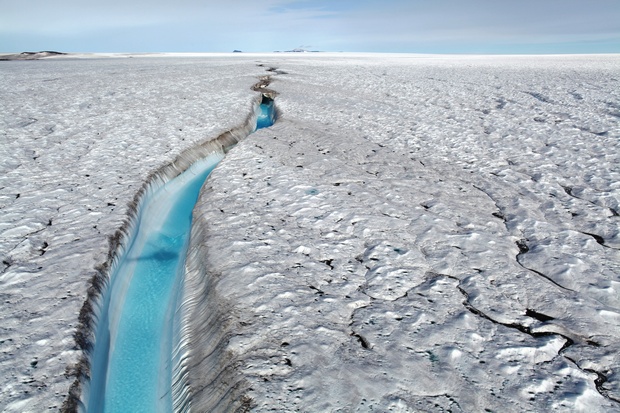 The new research uses data from GPS stations fixed on bedrock to capture the uplift process in unprecedented detail, showing that earlier studies may have underestimated past and present-day mass loss.

The paper also hints that the mantle beneath Greenland is not uniform: The ice sheet’s southeast region has experienced unexpectedly rapid uplift rates of about 12 millimeters per year, suggesting that the mantle may be hotter and less viscous here, making it springier.