News Staff
Animal development has an intriguing puzzle - scaling, the proportionality of different body parts. Whether you have an elephant or a mouse, organ and tissue sizes are generally proportional to the overall size of the body.

Clearly evolution determined 'just right' but how? Some new clues from fruit flies show the size and patterning accuracy of an embryo depend on the amount of reproductive resources mothers invest in the process before an egg leaves the ovary.

Scientists study flies because they are a comparatively basic animal which leads to fundamental principles and mathematical models for more advanced life forms, such as mammals and humans. In this example, scientists start at a point when a mother fruit fly harnesses genetic and biological resources in the ovary to start forming the eggs of her future brood, and follow it through to the development of her embryos. They combine mathematical modeling of the phenomenon with testing in the lab in search of a complete picture. The process requires a large number of experimental measurements and a well-stocked fly room. 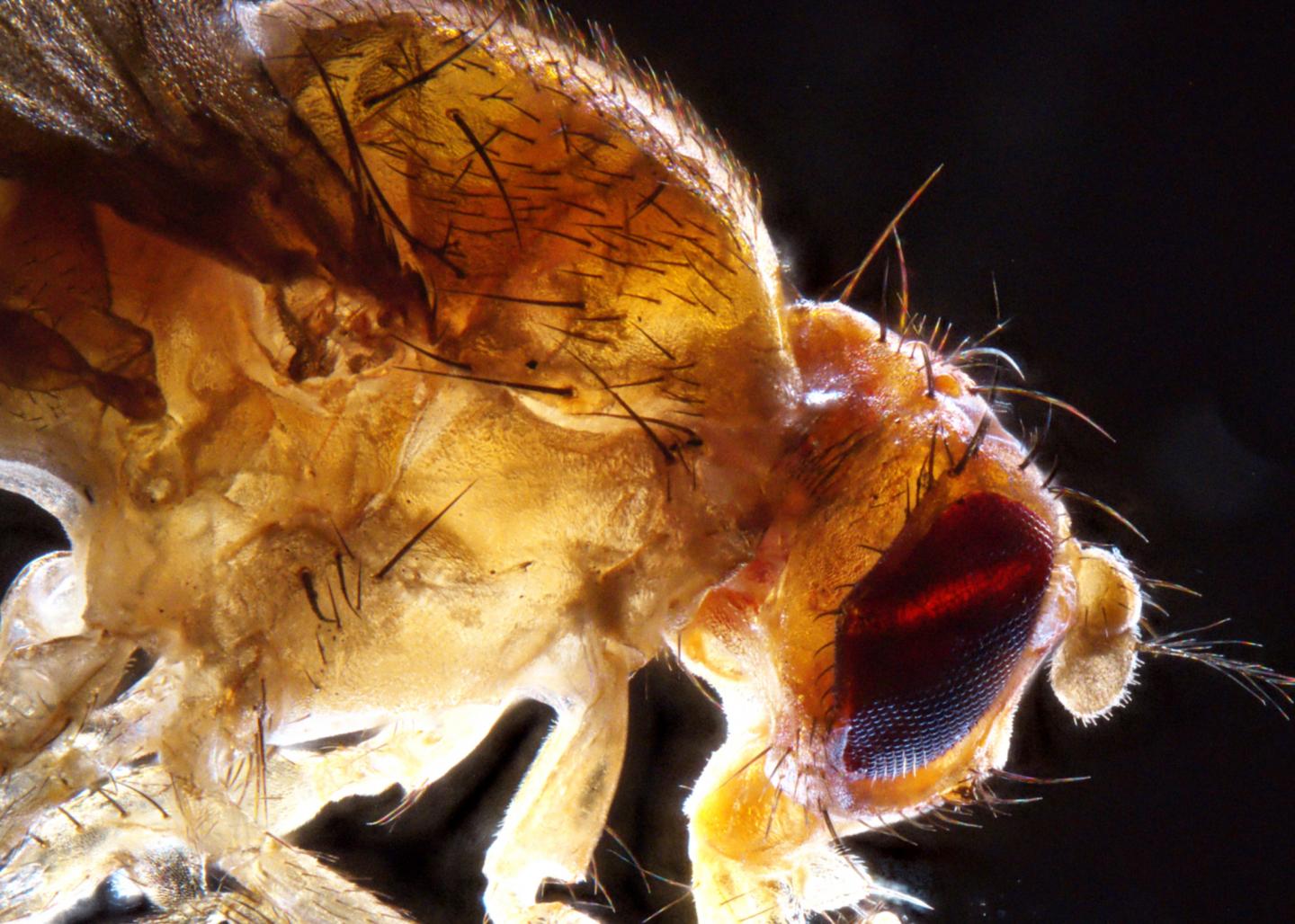 In a new paper, Jun Ma, PhD, of Cincinnati Children's Hospital Medical Center, and colleagues developed a model that allows them to measure and mathematically link core pieces of this developmental picture. They call it TEMS, which means Tissue Expansion-Modulated Maternal Morphogen Scaling. A morphogen is a protein that forms a concentration gradient along a developing axis of an embryo (for example from anterior to posterior) and instructs genes to make their products in specific parts of the embryo. These gene products will control the formation of an animal's various body parts.

In the fruit fly, a gene called bicoid produces a morphogen gradient and helps run the show. Proportional sizing in fly embryos can occur either before, during, or after all cells have started to pattern into specific tissues or organs. The Nature Communications paper looks at the embryo's proportional scaling front to back, which occurs before individual organs start to form.

The scientists report that the size of fruit fly embryos depends on the quantity of initial tissue expansion in the mother's ovary - specifically the growth and size of the ovarian egg chamber and the expansion of bicoid gene copy numbers. This helps decide how large the mother fly's 15 ovarian nurse cells will become, and how many duplicate copies of the fly's genome and mRNA cells will contain. This trove of developmental resources all gets transferred to the oocyte that will become the future egg.

The TEMS model lets researchers quantify the overall size of the mother fly's biological investment in this process. It also helps predict how that investment will determine the strength and robustness of the bicoid morphogen gradient that controls the proportion of body parts for her offspring. In short, a larger investment means a bigger return in the form of larger embryos that form well-proportioned body parts.

When calculating the peak numbers of bicoid gene copies in the mother fly's nurse cells, the scientists were intrigued by how these numbers resemble the peak number of cell nuclei in the offspring blastoderm (an early stage embryo). This finding leaves the researchers with new questions to unravel, such as its fundamental meaning, and how much the relationship between a mother's biological investment and the way her embryos develop is impacted by the larger principles of evolution.

In the end, Ma and his colleagues said they want to develop unified system-level views for understanding, quantifying and predicting how life forms come about the way they do. Their goal is that this new knowledge can eventually be applied to benefit people, both large and small.

Co-first authors on the study were Feng He and Chuanxian Wei, Division of Biomedical Informatics at Cincinnati Children. Also collaborating were researchers from the State Key Laboratory of Brain and Cognitive Sciences (Chinese Academy of Sciences), Beijing, China; the University of Chinese Academy of Sciences, Beijing; and the Sino-French Hoffman Institute (Guangzhou Medical University), Guangzhou, China. Funding support for the study came from the National Institutes of Health (1R01GM101373) and National Science Foundation (IOS-0843424).
News Articles
More Articles All Articles
About