Do monarch butterflies need mandatory labeling? New research proves that the favorite butterfly of anti-science activists is actually a GMO.

Irony or paradox? Maybe both.

In one of the more memorable original Star Trek episodes, Captain Kirk uses a paradox to thwart an android’s attempt to capture the Enterprise. (1) Kirk tells Norman, the malicious robot, that everything Harry says is a lie. Harry then says, “Norman, I am lying.” Norman is unable to process the contradictory statements, causing his circuits to disintegrate:

Environmental activists have some explaining to do in the light of a brand new study in the journal PLOS (2) which concludes that monarch butterflies are genetically modified organisms. (3) But it’s not evil scientists from Monsanto manipulating butterfly DNA. It’s nature herself.

Let’s be clear here. A monarch butterfly’s genome contains DNA sequences that come from another species of insect. This alteration has given the butterfly new traits and capabilities. So a monarch butterfly is not like a GMO, it’s not similar to a GMO, it is a genetically modified organism in every sense of the term.

This creates the ultimate paradox for anti-science activists. The thing they say they despise most - GMOs - turns out, at the same time, to be something they love a lot. 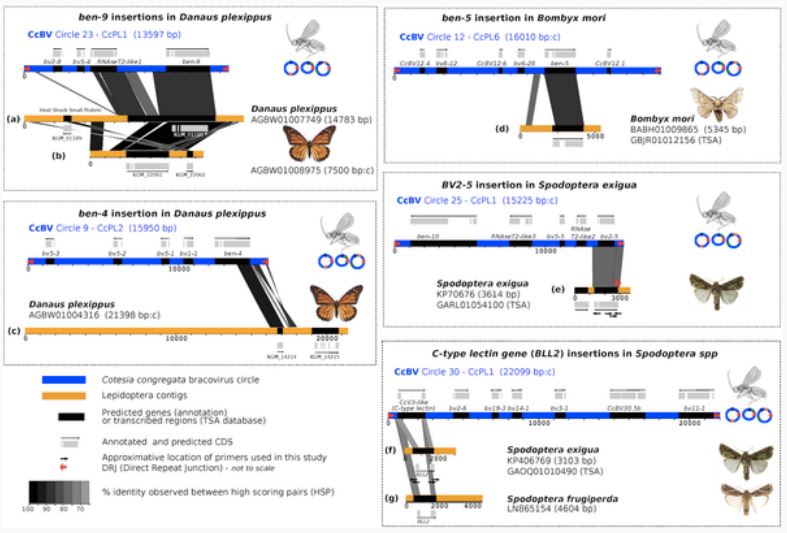 How will they cope?

Let's not underestimate how much activists like Natural Resources Defense Council and Union of Concerned Scientists and others hate GMOs. To remain in good standing, Greenpeace members are required to perform the Two Minutes Hate for genetically modified organisms daily. They often fulfill this duty by pausing to admire the “No GMOs” sign before entering Chipotle to get a burrito they think is healthier, even though it has 1,300 calories and 50 grams of fat, due to having no GMO soybean oil.(4)

Then there’s the monarch butterfly, fast becoming the Obama administration’s new favorite pollinator and so important that the White House created a plan to save it just in case it might be at risk.(5) It has been placed up there in the pantheon of sainted creatures like the polar bear, the baby seal and the honeybee. Unfortunately for activists, the researchers from universities in Spain and France realized that a particular species of parasitic wasp has the ability to inject viral DNA into a caterpillar, and the lucky monarch butterfly that emerges from the cocoon will have its genetic makeup altered by the wasp through a process known as Horizontal Gene Transfer (HGT).

In this case, the parasitic wasp’s intentions aren’t exactly wholesome nature and not remotely friendly. The flying invader inserts a virus into the caterpillar to lower its immune defenses so that wasp eggs can be laid in the cocoon. The rare monarch that survives this brutal home invasion emerges more resistant to disease thanks to the new genes. Yes, genetic modification makes things more resistant when nature does it also.

Altogether our results strongly suggest that two acquired genes can confer an advantage against viral infection although the comprehensive analysis of the molecular function of the identified proteins is awaited and we cannot completely exclude at this stage that they could have other functions.

The wasp isn’t alone in its ability to modify another life form’s DNA. A creature far smaller than a speck of dust, the agrobacterium, has been known for decades as nature’s genetic engineer because it can alter a plant’s DNA.(6) Once scientists realized that they could harness this ability to add individual genes into a plant, they began injecting positive traits such as drought resistance and strength into crops. These highly desirable attributes are then passed on to the plant’s offspring. They’re GMOs — just like a butterfly.  Illogical! Illogical!

All of this raises an interesting dilemma for Natural Resources Defense Council and Environmental Working Group and organizations like Mother Jones that they fund: If all GMOs should be mandatorily labeled, where will they be able to fit the labels on the monarch?