Permafrost thaw kills forests in Canada, while drought kills trees in India and Borneo. In the U.S., in Virginia, over-abundant deer eat trees before they reach maturity, while nitrogen pollution has changed soil chemistry in Panama.

Continents apart, trees have many similar ways to die. Many of the changes occurring in forests worldwide are attributable to human impacts on climate, atmospheric chemistry, land use and animal populations - no surprise, writing papers lamenting humanity is why many conservation groups exist. And hyperbolic cultural pandering has led to calls for a new geologic period in Earth's history—the Anthropocene, the Age of Humans.

Measuring and understanding the real effect of all these changes is easier said than done. But it's important. 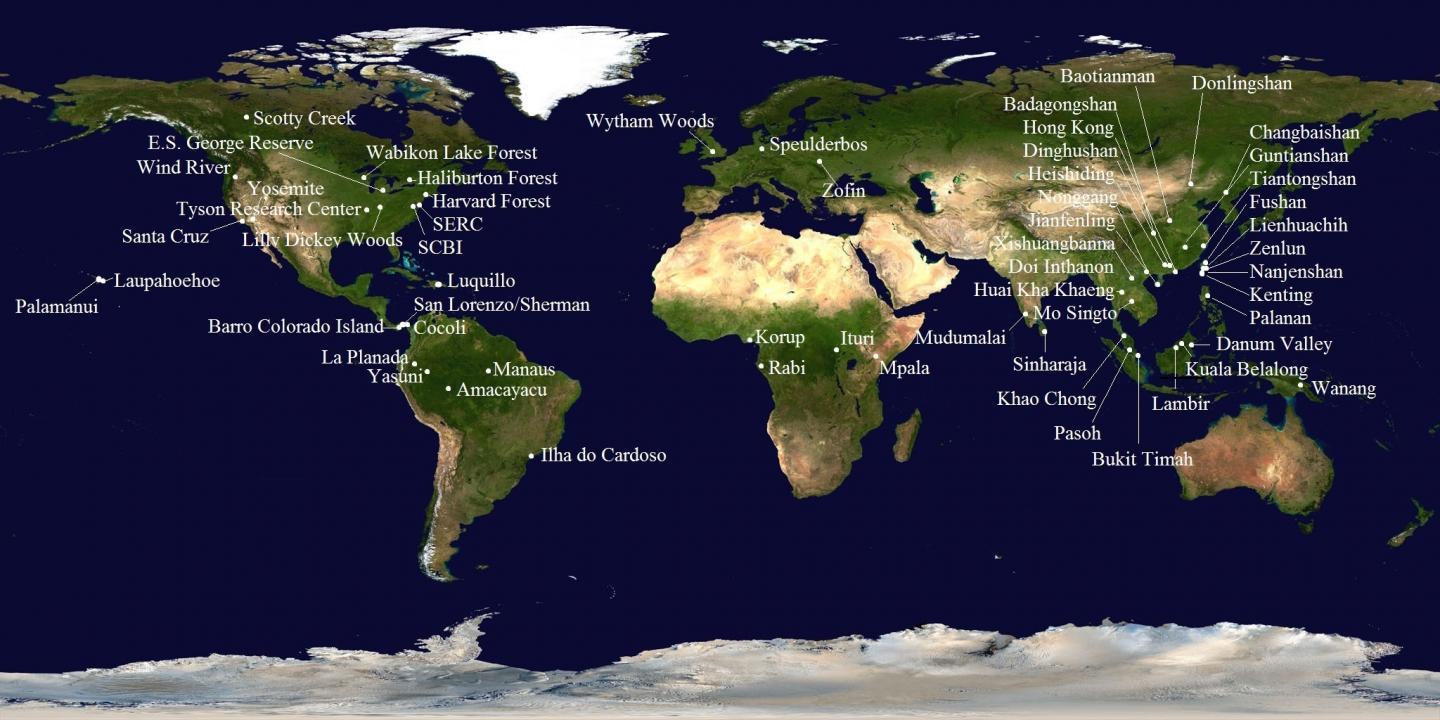 In 35 years, this network of long-term, large-scale forest monitoring plots has grown from a single site in Panama to 60 sites around the world. Credit: CTFS-ForestGEO

The Smithsonian-led Center for Tropical Forest Science-Forest Global Earth Observatory, CTFS-ForestGEO, has released a new report detailing how forests are changing worldwide. Since the censuses began at the first site on Barro Colorado Island in Panama in 1981, atmospheric carbon dioxide has increased by 16 percent. The forest sites in the network have warmed by an average of over 1 degree F (0.6 degree C) and experienced up to 30 percent changes in precipitation. Landscapes around protected sites experience deforestation.

The plot network now includes forests from Brazil to northern Canada, from Gabon to England and from Papua New Guinea to China.

In addition to identifying, mapping, measuring and monitoring trees, researchers describe the relatedness of trees, track flower and seed production, collect insects, survey mammals, quantify carbon stocks and flows within the ecosystem, take soil samples and measure climate variables like rainfall and temperature. The thorough study of these plots provides insights into not only how forests are changing but also why.

Climate change scenarios predict that most of these sites will face warmer and often drier conditions in the future—some experiencing novel climates with no modern analogs. Forests are changing more rapidly than expected by chance alone, and shifts in species composition have been associated with environmental change. Biomass increased at many tropical sites across the network.