When it comes to human life, we never think about culling the herd, instead the goal is to keep as many people alive and healthy as possible.

But in nature, that isn't the best approach. Some plant diseases attack trees and crops and can hurt lumber and food production, but pathogens that kill tree seedlings can actually make forests more diverse.

There has been low rainfall on the Pacific side of the Panama Canal, for example, and there is a lack of drought-sensitive trees - but it isn't the rain that keeps drought-tolerant trees from living along the wetter Caribbean side of the canal. Instead, it is due to disease-causing plant pathogens. 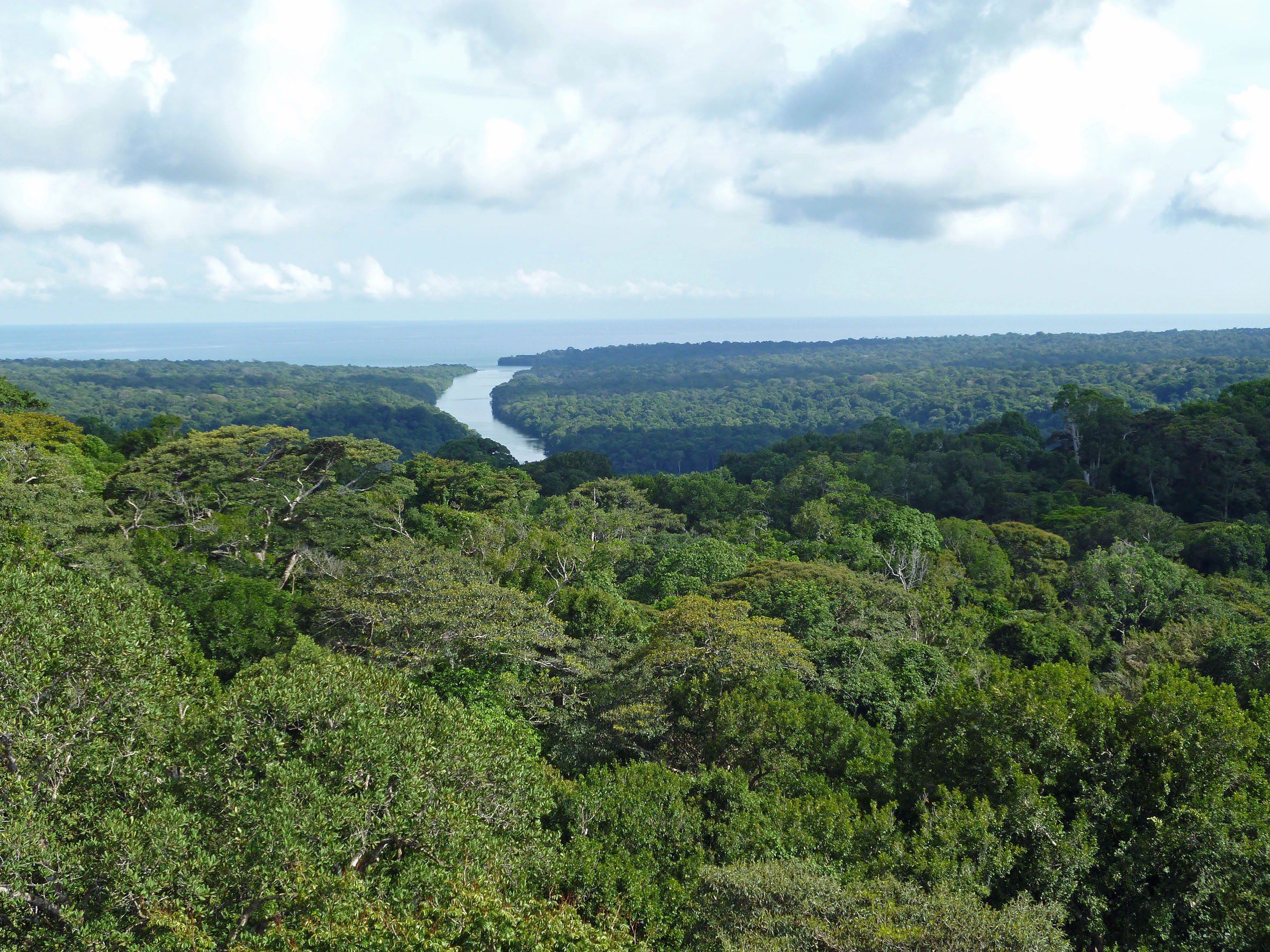 A view of Panama's rainforest canopy looking toward the Chagres River and the Caribbean Sea. A new University of Utah study found that plant pathogens or diseases that infect and kill tree seedlings actually help increase the diversity of tree species in the tropical forest. Credit: Erin Spear, University of Utah.

In other words, tree pathogens contribute to the staggering diversity of trees in Panama's tropical forests.

The study's first author,  University of Utah graduate student Erin Spear, says that is important because "conservation planning and predictions about how tree species distributions may shift with climate change require an understanding of the factors currently influencing where species can and cannot survive."

That is particularly important in tropical forests and other forests that are under elevated threat of deforestation.

Of Forests and Pathogens

Forests are essential for feeding and sheltering animals, providing important medicines, storing carbon and water, and reducing erosion by holding soil in place. These functions are influenced by different species inhabiting a forest, so it is essential to understand why certain tree species can survive in certain areas but not others.

Panama's forests also are important economically because tree roots limit how much soil erodes into the Panama Canal, ensuring that huge container ships can pass. Researchers also believe the forests help maintain water levels in the canal because forest soil stores water, slowly releasing it into streams feeding the canal during the dry season.

Diversity is high in tropical forests. A 930-square-mile area bordering the Panama Canal has more than 800 tree species. By comparison, about half the state of Rhode Island - or some 610 square miles - is forested, and that area has only 51 tree species.

Part of the reason Panama's forests have more species is because the Pacific end of the canal receives less annual rainfall - about 5.9 feet - than the Caribbean end, where 9.8 feet of rain falls annually.

"While there is considerable evidence that less rain in the drier, Pacific forests means that drought-sensitive tree species can't survive there, it has been unclear what prevents the drought-tolerant species of the drier forests from living in the wetter forests," says University of Utah biology professor Tom Kursar, the study's other senior author. "Our study tackled that unanswered question."

So Spear braved mud, rain, insects and snakes to monitor seedlings of a variety of tree species in the wetter and drier forests of central Panama for pathogen-caused damage and death. Plant pathogens that make plants sick include bacteria, viruses and fungi. 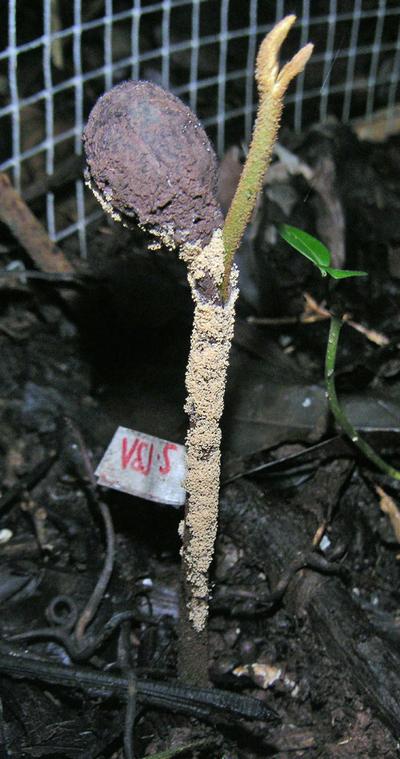 A tree seedling is attacked by fungus at the Metropolitan Natural Park in Panama City. While fungi and other pathogens attack and kill tree seedlings, University of Utah researchers discovered that such plant diseases actually allow more tree species to live in a forest, increasing diversity. Photo Credit: Erin Spear, University of Utah

Spear collected the seeds for the study by hiking for miles, kayaking in the canal to collect fruit from overhanging branches, and even riding a crane-carried gondola more than 100 feet upward into the forest canopy. She conducted the study at two forest sites in central Panama: one at the large Metropolitan Natural Park in Panama City on the drier Pacific side, and one on private property in the Santa Rita Ridge area on the wetter Caribbean side. She planted "gardens" of tree seeds - including species typical of wetter and drier forests - in 30 locations at each site. More than 1,000 seeds were planted; 725 of them sprouted.

Once the seeds were planted, the researchers covered them with wire mesh to protect the seeds and seedlings from being crushed by tree branches or eaten by animals.

Spear visited both sites weekly and took notes on the 725 seedlings. Weekly visits were essential because, diseased seedlings can be dead and decomposing within days.

"We monitored when the seeds germinated, the occurrence of and date when symptoms of pathogen attack were observed, if and when a seedling died, and we ascribed a cause of death," Spear says. Pathogen symptoms included patches of black, dead tissue in the leaves or stem. "In some cases, we could actually see the pathogen growing on the seedling," she says.

Of the 725 seedlings that germinated, 38 percent suffered pathogen-caused damage, including 11 percent of seedlings killed by pathogens.

The researchers next plan to identify specific fungi, bacteria and other pathogens and whether they differ in wetter and drier forests.

During her study at the drier park site in Panama City, Spear discussed her research with tourists and other park visitors.

"I'd emerge from the tangles of vines sweaty, muddy and generally disheveled and people couldn't help but ask what I was doing," Spear recalls. "It was heartening to hear how the forest had touched these very different people."

Published in the Journal of Ecology. Source: University of Utah
News Articles
More Articles All Articles
About