News Staff
A new adjustable female shoe based on memory shape composite of leather and Nitinol material allows fitting the shoe to the foot shape after obtaining anthropometric measurements through a portable scanner and modifying it with a machine that completes the process directly in the shop. The "InstantShoe" prototype expected to be out on the market at the end of 2015.

Foot diseases represent an important societal problem and the large majority of people affected are women. The Hallux Valgus, commonly known as bunion, is the most frequent foot deformity and affects 20% of adult women. This pathology, together with others such as hammertoes, claw toes, metatarsalgia and ingrown nails take place at the forefoot and are mainly caused by the prolonged use of inadequate footwear, due to the mismatch between the morphometry of the foot and the footwear.

At the heart of the recovery process are the Shape Memory properties of the shoes’ 'upper', which is the ability to keep a form given by mechanical action and to return to its initial shape when heated. 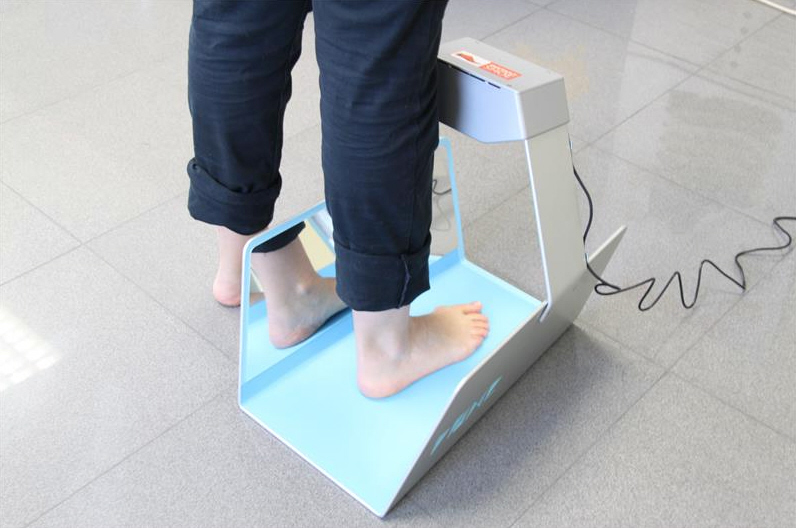 The new designed textile is placed between shoe’s outer leather and inside lining during gluing process, and provides the shape memory effect to the composite structure. The key component to get this memory effect is a textile including wires made of shape memory material called Nitinol, an alloy of Nickel and Titanium, which are inserted in the textile structure with a particular patented pattern. Metallic filaments differ from textile yarns by their very high stiffness which makes them not compatible with a traditional knitting process. As a consequence, machinery adaptation was necessary before being able to run the loom with these wires.