News Staff
Glass looks like it is solid but telling a materials engineer that glass is a solid is like telling an aerospace engineer Bernoulli is why planes fly (or Newton, for that matter - whichever you say, they will argue the opposite).

Glass flows - but slowly. The question is does it ever really stop flowing? Researchers at the University of Bristol and Kyoto University used computer simulation and information theory to try and settle this long-standing bar bet in the physics community.

First, the premise: We know glass flows at high heat because we have all seen glass blowers shape swans and such. Once the glass has cooled down to room temperature though, it has become solid and we can pour wine in it or make window panes out of it.

On a microscopic scale, solidification means that molecules have settled into a crystalline structure. And yet, when looked at under the microscope, it appears glass never settles down but keeps flowing, albeit extremely slowly - so slowly, in fact, that it would take over 10 million years for a window pane to flow perceptibly. This puzzle of a material which seems solid to any observer while appearing fluid under the microscope is an old one. And even with the help of today's supercomputers it seems impossible to verify in simulations whether a glass ever stops flowing. 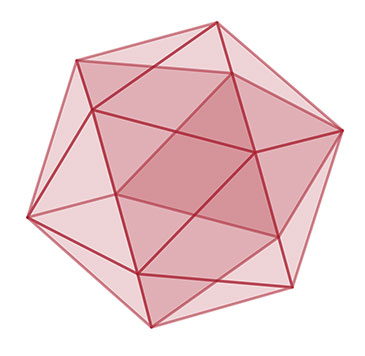 To answer the question of what happens at very low temperature, and whether the whole material becomes truly solid, researchers in Bristol's Schools of Physics, Chemistry and Mathematics led by Dr Paddy Royall and Dr Karoline Wiesner, teamed up with Professor Ryoichi Yamamoto of Kyoto University.

Dr Karoline Wiesner said, "Information theory provided us with the mathematical tools to detect and quantify the movements of atoms, which turned out to move as if they were in communication with each other."

Dr Paddy Royall added, "We found that the size of the solid regions of icosahedra would grow until eventually there would be no more liquid regions and so the glass should be a true solid."

The research, which was carried out as part of the Bristol-Kyoto agreement and Bristol Centre for Complexity Sciences.