If you have ever wondered why you need to snack more at night and many people don't, there may be a neuroscience answer:  areas of the brain that get a satiety "food high" may not get it in the evening.

In a new study, exercise professors and a neuroscientist used MRI to measure how the  brains of college students respond to high- and low-calorie food images at different times of the day. Functional MRI took pictures of the brain activity of study subjects while they viewed images of food. The participants viewed 360 images during two separate sessions held one week apart--one during morning hours and one during evening hours.

Subjects looked at images of both low-calorie foods (vegetables, fruits, fish, grains) and high-calorie foods (candy, baked goods, ice cream, fast food). As expected, the researchers found greater neural responses to images of high-calorie foods. However, they were surprised to see lower reward-related brain reactivity to the food images in the evening.

The study in Brain Imaging and Behavior also reports that participants were subjectively more preoccupied with food at night even though their hunger and "fullness" levels were similar to other times of the day. 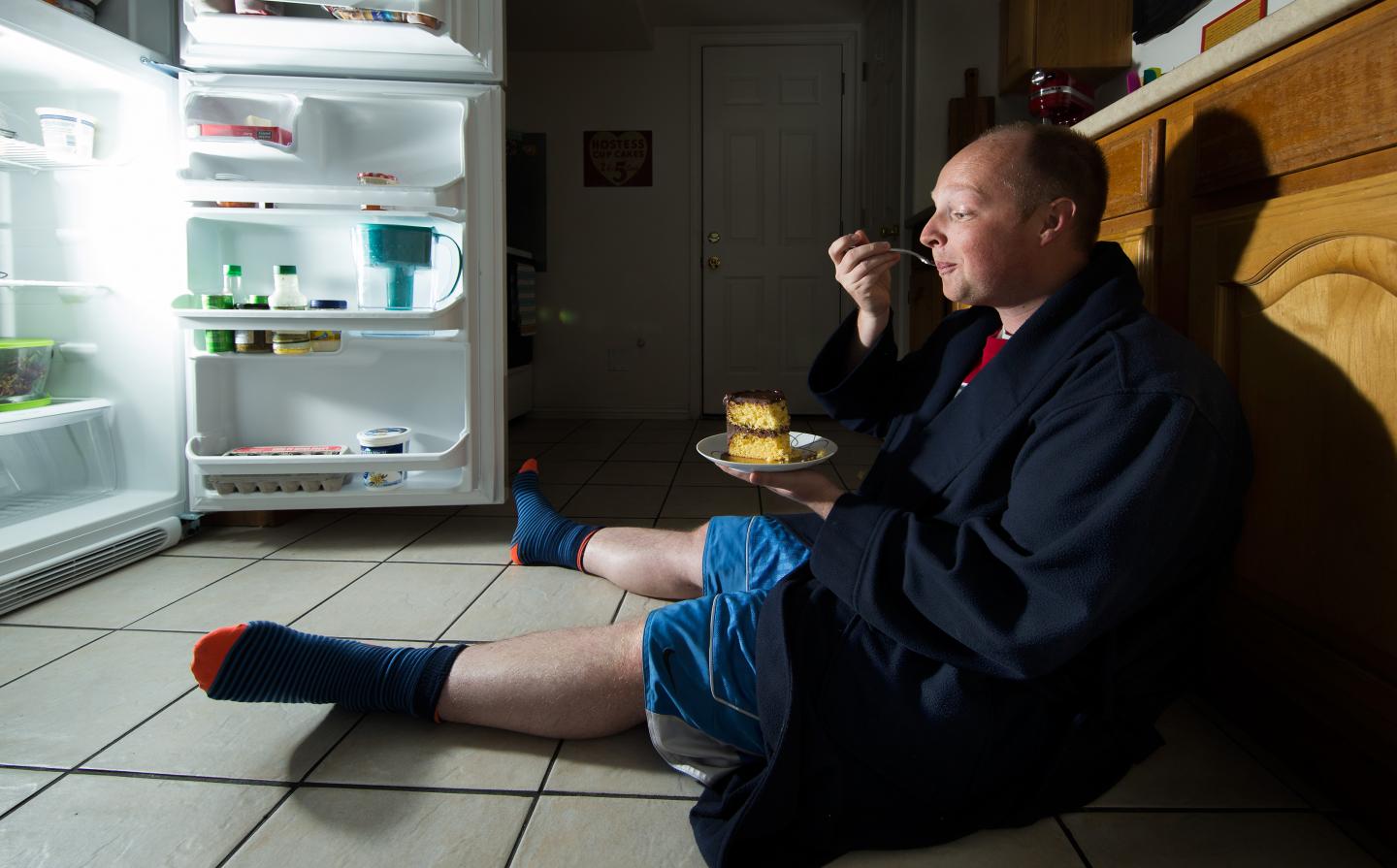 Food images cause a spike in brain activity, but less so at night. Credit: Jaren Wilkey/BYU

"You might over-consume at night because food is not as rewarding, at least visually at that time of day," said lead author Travis Masterson. "It may not be as satisfying to eat at night so you eat more to try to get satisfied."

Nevertheless, researchers noted that the study is preliminary and additional work is needed to verify and better understand the findings. The next research steps would be to determine the extent that these neural responses translate into eating behavior and the implications for weight management.

There is a psychology aspect as well. Just like with drinking and smoking marijuana, if you like to snack at night, you are more likely to be friends with people who snack at night also.