A new metal matrix composite that is so light that it can float on water, so a boat made of it would not sink despite damage to its structure - and this syntactic foam has good heat resistance too.

Syntactic foams have been around for many years but this is the first lightweight metal matrix syntactic foam, say the researchers from Deep Springs Technology (DST) and the New York University Polytechnic School of Engineering.

Their magnesium alloy matrix composite is reinforced with silicon carbide hollow particles and has a density of only 0.92 grams per cubic centimeter compared to 1.0 g/cc of water. Not only does it have a density lower than that of water, it is strong enough to withstand the rigorous conditions faced in the marine environment. 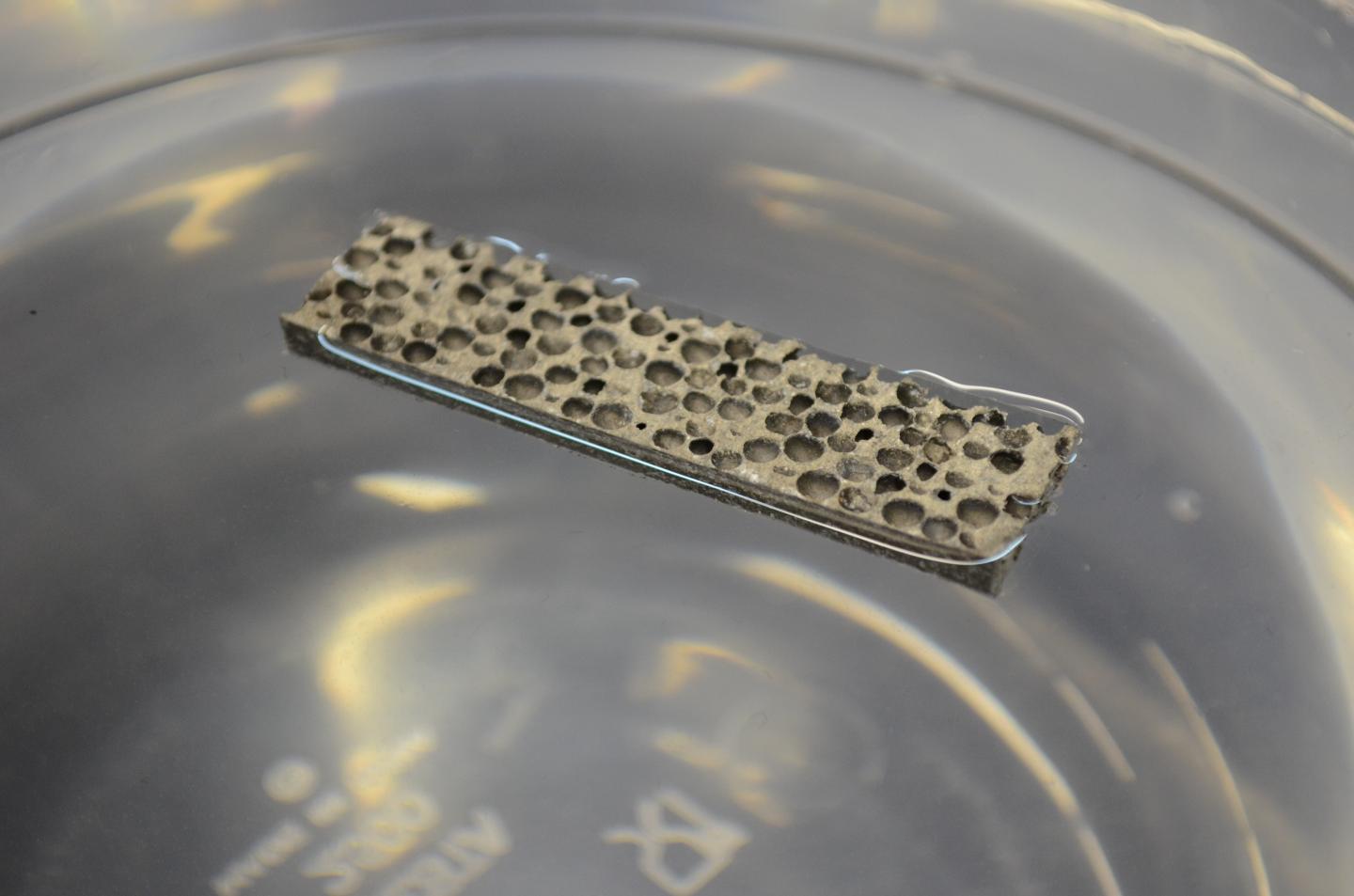 The first metal matrix syntactic foam is so light it can float, strong enough to withstand the rigors of a marine environment, and resistant to heat. Credit: NYU Polytechnic School of Engineering

The technology for the new composite detailed in the
International Journal of Impact Engineering is very close to maturation and could be put into prototypes for testing within three years. Amphibious vehicles such as the Ultra Heavy-lift Amphibious Connector (UHAC) being developed by the U.S. Marine Corps can especially benefit from the light weight and high buoyancy offered by the new syntactic foams, the researchers explained.

"This new development of very light metal matrix composites can swing the pendulum back in favor of metallic materials," forecasted Nikhil Gupta, an NYU School of Engineering professor in the Department of Mechanical and Aerospace Engineering and the study's co-author. "The ability of metals to withstand higher temperatures can be a huge advantage for these composites in engine and exhaust components, quite apart from structural parts."

The syntactic foam made by DST captures the lightness of foams, but adds substantial strength. The secret of this syntactic foam starts with a matrix made of a magnesium alloy, which is then turned into foam by adding strong, lightweight silicon carbide hollow spheres developed and manufactured by DST. A single sphere's shell can withstand pressure of over 25,000 pounds per square inch (PSI) before it ruptures -- one hundred times the maximum pressure in a fire hose.

The hollow particles also offer impact protection to the syntactic foam because each shell acts like an energy absorber during its fracture. The composite can be customized for density and other properties by adding more or fewer shells into the metal matrix to fit the requirements of the application. This concept can also be used with other magnesium alloys that are non-flammable.