News Staff
When a cell divides, it passes through a sequence of complex events and mitochondria, the organelles called the power plants of the cell, are the main source of energy for these processes: They convert food into energy the cell can use.

When a cell divides, its genetic information is copied and distributed among the resulting daughter cells in a complex process known as mitosis. This process is controlled by a particular kind of proteins, so-called cyclin-dependent kinases. As their name suggests, these proteins are regulated by cyclins. These are other proteins that are periodically formed and again broken down during the various phases of the cell cycle. The mitochondria are main source of energy for all of these processes. 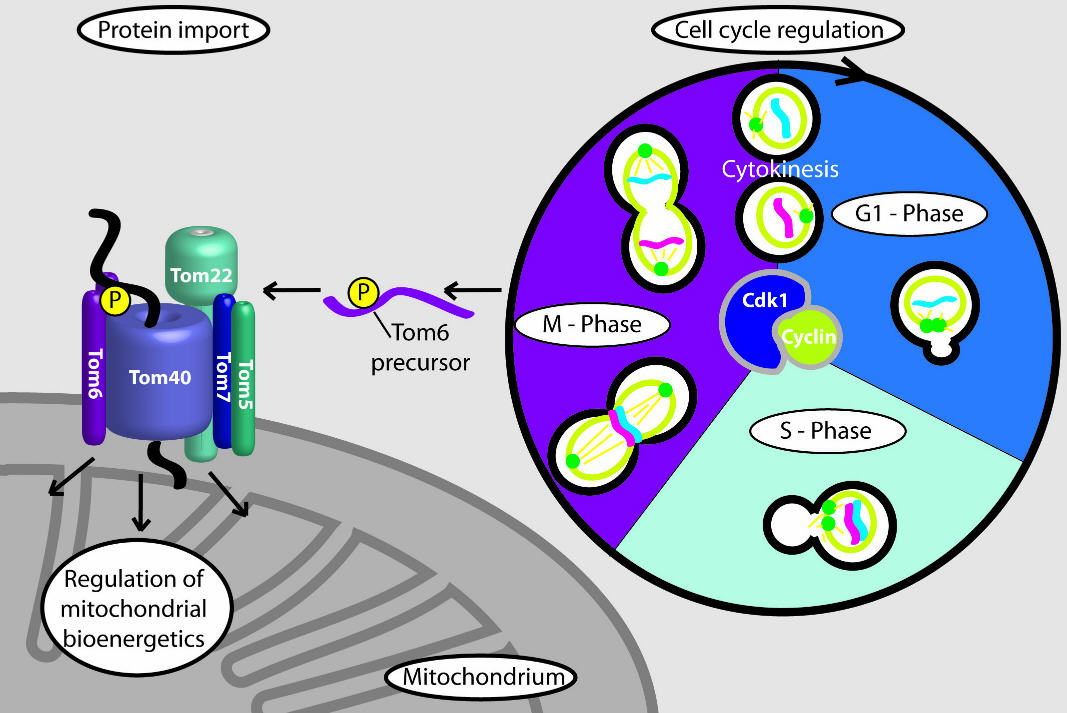 At the beginning of mitosis (M phase), the mitochondrial protein Tom6 is phosphorylated: It is modified to enable an increased import of proteins. This improves the performance of the mitochondria in their role as the power plants of the cell. Image: Meisinger Research Group

This improves the performance of the mitochondria in their role as the power plants of the cell, thus ensuring that enough energy is available for a complex event like cell division. If this modification of the protein entry gate can no longer take place, the process of cell division - and ultimately also growth - is slowed down.

"We also find the modification discovered in the yeast in humans. It thus seems quite likely that this new signaling path also links the performance of the cellular power plants and cell division in human cells," says Meisinger, who now plans to analyze these mechanisms in tumor tissues.

The performance of the cellular power plants is greatly reduced in many forms of cancer. The newly discovered signaling path could therefore be a key to elucidating the relationship between dysregulated cell division and the mitochondria.