News Staff
In a study of more than 6,500 pairs of twins, researchers found that more than half of the differences between pupils performance on the General Certificate of Secondary Education (GCSE) can be explained by differences in genetics.

The research found that although IQ showed the strongest relationship with exam scores other genetically influenced traits such as personality and behavior also explained individual differences in achievement. Intelligence accounted for more of the heritability of GCSE results than any other single domain but the joint contribution of pupils' self-belief, health, behavior problems, personality, well-being, and perceptions of home and school, collectively accounted for the same amount again. 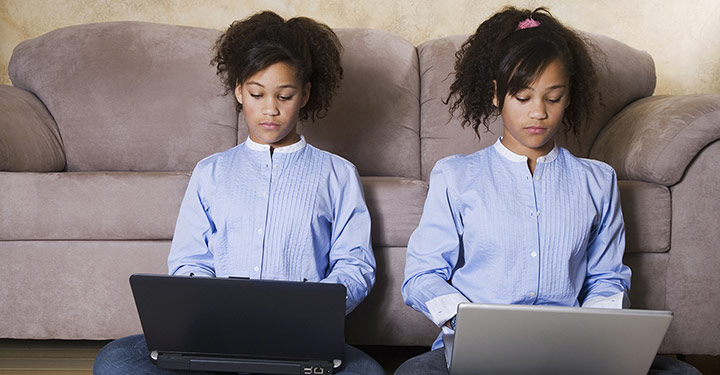 Together with intelligence, these domains accounted for 75 percent of the heritability of GCSE performance. The findings show that differences in how well children perform at exams are to a large extent explained by differences in their DNA and offer support for a stronger focus on personalised teaching and learning.

The study looked at 16-year-old twins who were part of the Medical Research Council (MRC) funded UK Twins Early Development Study (TEDS). The twins were assessed on a range of cognitive and non-cognitive measures, and the researchers had access to their GCSE (General Certificate of Secondary Education) results.

Dr. Kathryn Asbury, from our Department of Education's Psychology in Education Research Centre and one of the report authors, said, “This research makes crystal clear why there will never be a gene ‘for’ achievement. How well young people perform in their GCSEs is bound up with their home lives, their school lives, their personalities and their health and well-being, as well as their cognitive abilities. Understanding the genetic and environmental relationships between this broad array of pupils’ experiences and behaviour and their GCSE performance may eventually help us to personalise teaching and learning more effectively than we currently do.”

Published in the Proceedings of the National Academy of Sciences (PNAS), the study was led by Eva Krapohl and Kaili Rimfeld, from the Institute of Psychiatry, Psychology&Neuroscience at King’s College London.

Eva added: “It is important to point out that heritability does not mean that anything is set in stone. It simply means that children differ in how easy and enjoyable they find learning and that many of these differences are influenced by genetics.”