News Staff
Two small structural elements, called decorin and lumican, could be decisive in the development of a resistance to the drugs currently used for treating glioblastoma multiforme, such as temozolamide.

Glioblastoma multiforme is the most frequent and aggressive tumor that affects the central nervous system, and it has a low survival rate: less than a year and a half after being diagnosed.

The researchers have proven that proteoglycans (the cells' structural elements), called decorin (DCN) and lumican (LUM), could be decisive in the behavior and development of a resistance to the drugs used for treating glioblastoma multiforme, such as temozolamide (TMZ). In the other hand, they have laid bare that the inhibition of the transcription of some of the sub-units belonging to the mismatch-repair (MMR) complex, a system that analyzes and repairs DNA, could be responsible of the failure of current therapies against this kind of tumor. 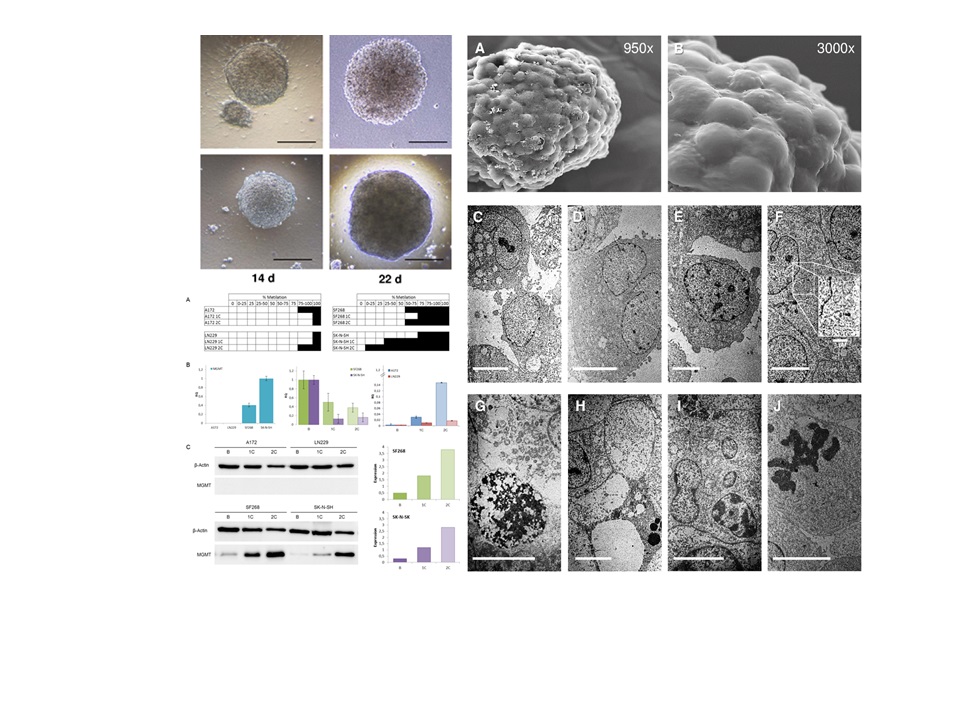 GBMs, the most frequent and most aggressive tumors that affect the central nervous system, still present a low survival rate (less than a year and a half since its diagnosis), despite the use of TMZ combined with other drugs or with radiotherapy. This is due to, among other causes, the development of a resistance to the treatment.

This work analyzes how the massive, synergistic expression of DCN and LUM in neurospheres of stem-like cells derived from GBM is correlated with a lower tumor cells proliferation rate and with a lower development of apoptosis (a type of cellular death used by pluricellular organisms to eliminate damaged or unnecessary cells), but also its correlation with the rise in the resistance against TMZ treatments, which is one of the main drugs currently used in the treatment of this patients.

In the other hand, researches carried out in glioblastoma and neuroblastoma cell lines exposed to some drugs have proven that TMZ resistance is caused not only by the classic mechanism of the DNA-repairing enzyme MGMT, but it's also related with the silencing of the MMR complex after the exposure to the drug.

The researches are now focused on proving the relevance of these two molecules in the 'in vivo' behavior of glioblastomas and analyzing the resistance mechanism based in the MMR complex.