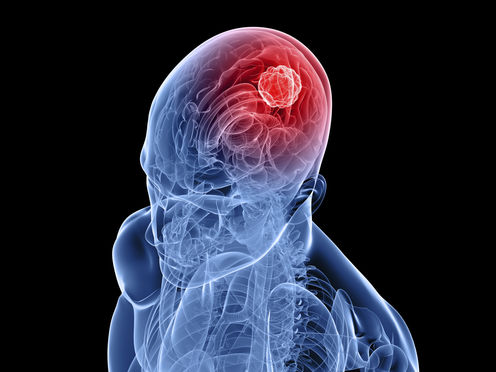 You find yourself sitting in your doctor’s surgery. It’s only been a few days since your initial visit to check on these pounding headaches you’ve been waking up with, along with some dizziness, nausea and vomiting, and a general drowsy and disconnected feeling.

You thought it was a flu or other common virus, but the doctor has run a few tests, including an MRI. Then your world collapses as you’re told you have a brain tumor.

A biopsy would have to be taken, but if this shows it’s glioblastoma multiforme (or commonly just called glioblastoma) you may only have as little as a few months to live.

This is the scenario faced by the around one thousand Australians diagnosed with glioblastoma each year.

While it is important to note the symptoms outlined above can occur for a variety of other reasons, they commonly occur in glioblastoma patients, who, depending on the location of the tumor in the brain, may also have a range of other symptoms, including weakness on one side of the body, memory and speech difficulties, and changes in vision.

Glioblastoma can affect any age group, but is more common in older people (average age of diagnosis is 64), and for reasons that are not clear, is somewhat more common in males.

The exact cause of glioblastoma is not known. The tumour arises from astrocytes, cells named because of their star shape, that make up the supportive tissue of the brain. These tumours usually grow very fast, and can easily invade surrounding normal brain tissue, making it a particularly aggressive form of cancer where treatment success is still very limited. These tumors grow from astrocytes - the cells that make up the supportive tissue in the brain. from www.shutterstock.com

Treatment for glioblastoma normally involves surgical removal of the bulk of the tumour, followed by radiation and chemotherapy with a drug called temozolomide.

Even with this treatment, however, the prognosis for glioblastoma patients is bleak, with only half the patients surviving for 15 months, with less than 5% of patients still alive five years after diagnosis.

These are particularly sobering statistics, much worse than other common cancers.

Why is glioblastoma so hard to treat?

Surgical removal of the entire tumor is almost impossible, and in most cases less than 90% can be removed. Glioblastoma is often referred to as having finger-like tentacles that extend some distance from the main tumor mass into surrounding normal brain tissue.

Unlike tumors in other parts of the body where a clear margin of normal tissue surrounding the tumor can often be taken to maximize the chances of complete tumor removal, this is generally not feasible for the brain where a balance has to be made between tumor removal and risks to cognitive function, or indeed immediate patient survival.

So some tumor is inevitably left and can reform in the initial tumor site or in other areas of the brain.

Another reason they are so tough to treat is that many drugs cannot efficiently enter the brain to act on the tumor. There is a unique barrier, termed the “blood-brain barrier” that limits the passage of molecules, like many chemo drugs, from the bloodstream into the brain.

Many drugs that may block glioblastoma growth in the lab simply do not work effectively in patients because of this barrier. The chemotherapy drug temozolomide does cross the blood-brain barrier, which is a major reason for its clinical use for this cancer.

However glioblastoma cells are often resistant to temozolomide. Many glioblastomas produce a protein (called MGMT) which can limit the effects of temozolomide. The presence of MGMT can be a good indication of whether a patient will respond to chemo drugs, and thus how long they will survive.

Many solid tumors presenting in other parts of the body can often grow very large without immediate impact on the patient. The physical location of glioblastoma within the confined space of the skull, and surrounded by vital normal brain tissue, however, means that even small increases in tumor size can have serious effects on cognitive function or patient survival. This is why effective therapy has to happen quickly, with little margin for error.

The challenge remains for researchers and doctors to develop better therapies for this devastating disease. Numerous pre-clinical studies and clinical trials are currently in progress, exploring multiple avenues to tackle this cancer, such as better temozolomide-like drugs, targeted therapies aimed at the defective genes thought to drive glioblastoma development, tumor-killing viruses, or immunotherapies harnessing the body’s own immune system to target the cancer.

Some of these approaches show considerable promise, providing hope for the future.