News Staff
In 2006, there was a large die-off in bees and though their numbers quickly rebounded and have continued upward since, scientists have been looking for ways to make the periodic collapses that occur less dramatic.

The cause the last time it happened was the same plague that bees have endured for as long as science has been able to study them; parasites. But a new study shows that "nature's medicine cabinet" may be able to smooth out those natural booms and busts.

Chemicals in floral nectar, including the alkaloids anabasine and nicotine, the iridoid glycoside catalpol and the terpenoid thymol, significantly reduce parasite infection in bees, which may mean that that growing plants high in these compounds around farm fields could improve survival of diseased bees and therefore maintain more consistent pollination of crops.

The researchers studied parasite infections in bumble bees, which like honey bees are important pollinators that are in decline around the world, a trend that threatens fruits, vegetables and other crops that make up much of the food supply for people. 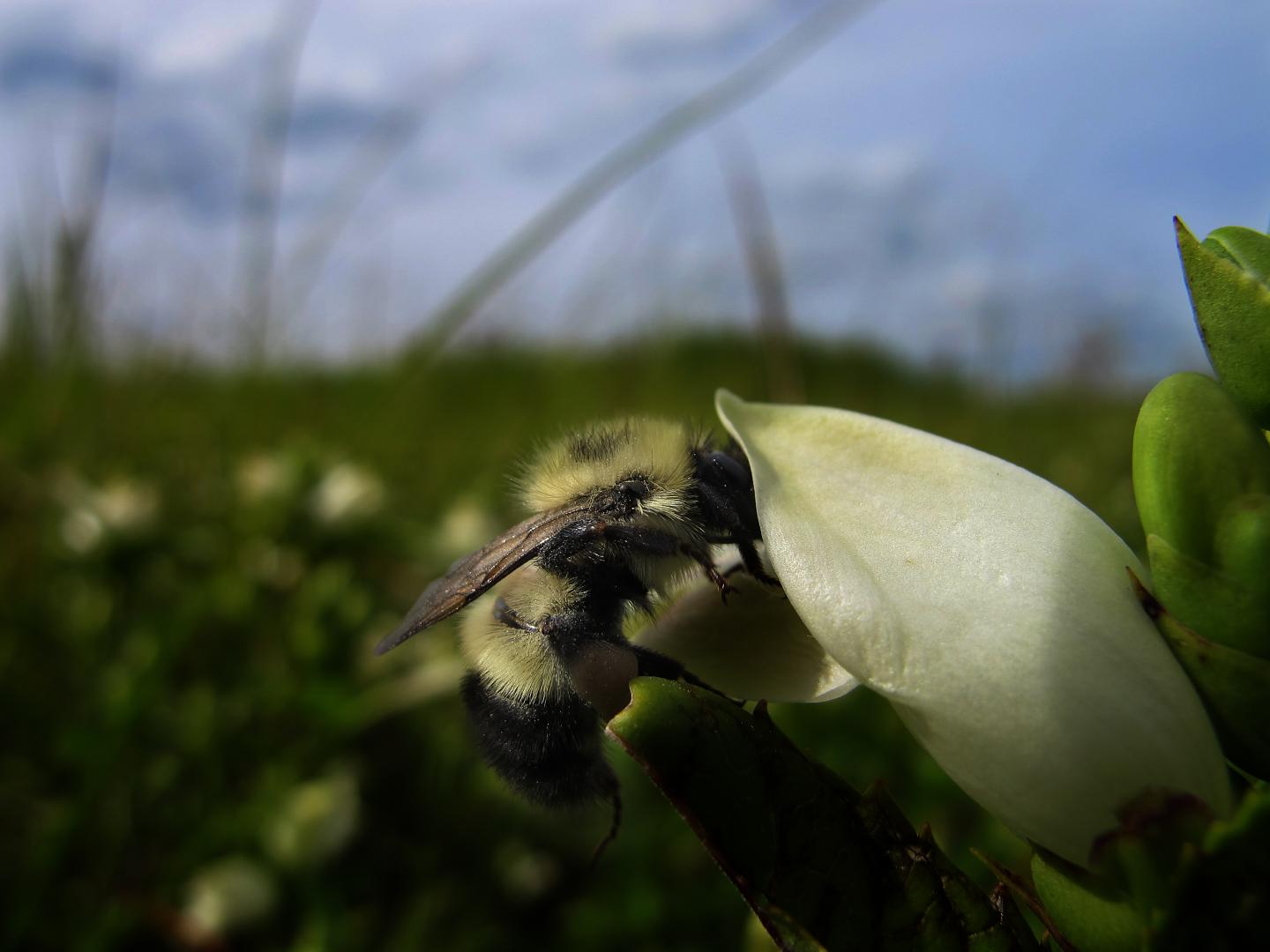 Plants produce chemicals called secondary metabolites to defend leaves against herbivores. These chemicals are also found in nectar for pollinators, but little is known about the impacts of nectar chemistry on pollinators, including bees.

The researchers hypothesized that some nectar compounds could reduce parasite infections in bees, so they inoculated individual bumble bees with an intestinal parasite and tested effects of eight naturally occurring nectar chemicals on parasite population growth.

The results in Proceedings of the Royal Society B showed that consumption of these chemicals lessened the intensity of infection by up to 81 percent, which could significantly reduce the spread of parasites within and between bee colonies.