News Staff
One canyon on Earth has two mouths - but that is not the only mystery.

First formally documented by western explorers mapping the Colorado Territory in the 1800s, Unaweep Canyon is a puzzling landscape and so it has inspired numerous scientific hypotheses for its origin. A new paper published in Geosphere by Gerilyn S. Soreghan and colleagues brings together old and new geologic data of this region to further the hypothesis that Unaweep Canyon was formed in multiple stages.

The inner gorge originated ~300 million years ago, was buried, was then revealed about five million years ago when the ancestral Gunnison River began incising the Uncompaghre Plateau as part of the incision of the larger Colorado Plateau, and then the Gunnison River then abandoned the canyon upon landslide damming, ultimately joining the Colorado River. 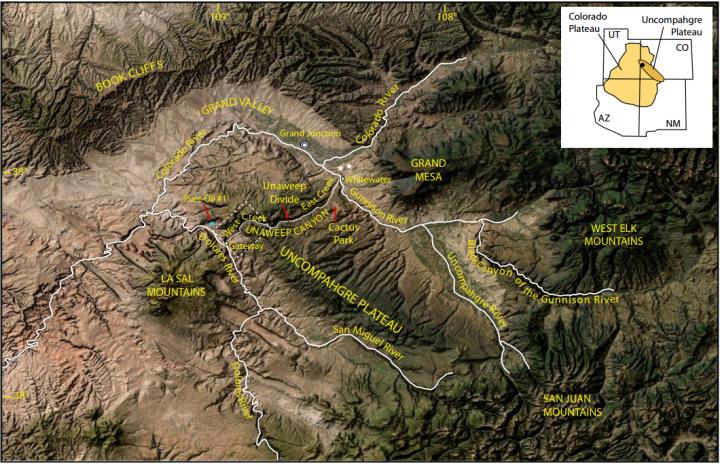 It also highlights the intriguing possibility of preservation of very ancient landscapes from Earth's deep-time past, and the role of exhumation of those landscapes in shaping the modern face of the planet.