Last decade, science faced an ecological puzzle: under hotter, drier conditions of global warming, forests should have been penalized but instead the rainforests thrived. It isn't the first time - the climate change that caused the death of the dinosaurs gave them a big boost also.

A new study in Nature Communications notes that trees have been growing significantly faster since the 1960s. The typical development phases of trees hasn't changed but they have accelerated by as much as 70 percent, find researchers from Technische Universität München using long-term data from experimental forest plots that have been continuously observed since 1870.

Recently, "forest dieback" was a hot topic, with the very survival of large forest ecosystems seemingly in doubt. But instead of a collapse, the latest studies indicate that forests have actually been growing at a faster rate. Whether, how and why forest stands have changed their growth patterns over the last century are still hotly disputed questions. 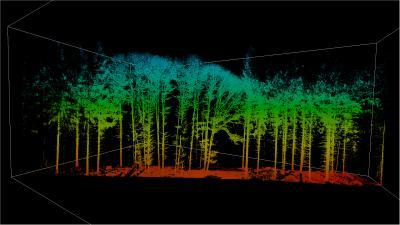 This latest study provides some answers. It was based on data from experimental forest plots that have been observed systematically since 1870. This makes them among the oldest forest study sites in the world. The forested areas are also representative of the typical climate and environmental conditions found in Central Europe. "Our findings are based on a unique data pool," maintains Prof. Hans Pretzsch from TUM's Chair for Forest Growth and Yield, who headed up the study.

In the cases of spruce and beech, respectively the dominant species of coniferous and deciduous trees in Central Europe, the TUM scientists noted significantly accelerated tree growth. Beech trees exhibited a growth rate that was 77 percent faster than in 1960, while the figure for spruce was 32 percent faster. The stand volume growth for beech was 30 percent, and 10 percent for spruce. "The stands as a whole had a lower growth rate than the individual trees essentially because larger trees require more space, hence each stand will have fewer trees," explains Pretzsch.

The scientists are putting the growth acceleration down to rising temperatures and the extended growing season. Carbon dioxide (CO2) and nitrogen are other factors contributing to the faster growth. The concentrations of these gases in the atmosphere have been rising steadily over the last century. "Interestingly, we observed that acid rain only had a temporary slowing effect on the growth of our experimental plots. Indeed, the input of pollutants started to fall off significantly from the 1970s," says Pretzsch. "It is true though that only a few of our experimental areas are located in the ridges of the highland mountains where the greatest damage was observed." 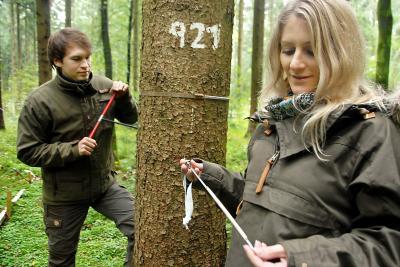 While the trees both grow and age faster, the appearance of the forest does not change as a result. But the same tree and stand sizes are achieved significantly earlier than in the past. This could benefit the forestry industry in that target diameters and the optimal harvest rotation age will be reached sooner. Besides, more wood can be harvested without compromising the principle of sustainability.

At the same time, the altered timescale has not yet been incorporated into traditional forestry yield models, which monitor growth merely as a function of age. The risk here is that the newly discovered benefits will not be exploited. Meanwhile, the accelerated growth and ageing of trees is also significant for the forest ecosystem as a whole, as Pretzsch explains: "The plant and animal species that will be most affected are those living in habitats which depend on special phases and structures of forest development. These species may have to become more mobile to survive."

The study was based on 600,000 individual tree surveys conducted since 1870. Over such a long timescale, it was possible to determine from the growth of the trees how they responded to changing environmental conditions. Pretzsch adds: "Even though the experimental areas varied in terms of climate and soil conditions, we were still able to discern an overall trend of faster growth."

But it is not just the experimental plots and the long observation period that make the data so interesting. "We did not observe the trees in isolation, but rather always in interaction with their neighbors. This helped us understand how the dynamics of individual trees influence the stand as a whole. The growth trends at stand level are relevant for the forestry industry in terms of productivity, carbon sequestration and climate risks," concludes Pretzsch.