The Moderate Resolution Imaging Spectroradiometer (MODIS) instrument that flies aboard NASA's Aqua satellite captured a visible picture of Tropical Storm Adjali on Nov. 19th at 9:05 UTC (1:05 A.M. Pacific) curving to the southwest on its trek through the Southern Indian Ocean.

The MODIS image showed that the storm began curving to the southwest, and despite slight weakening, thunderstorms circled around the low-level center.

Adjali was curving to the southwest as it continued to move along the extreme southwestern edge of an equatorial ridge (elongated area) of high pressure, located northeast of the storm.

Over the next day, forecasters at the Joint Typhoon Warning Center (JTWC) expect Adjali to turn to south-southwest as a subtropical ridge (another elongated area of high pressure) builds to the storm's south and takes over steering the storm on a more southwesterly path. 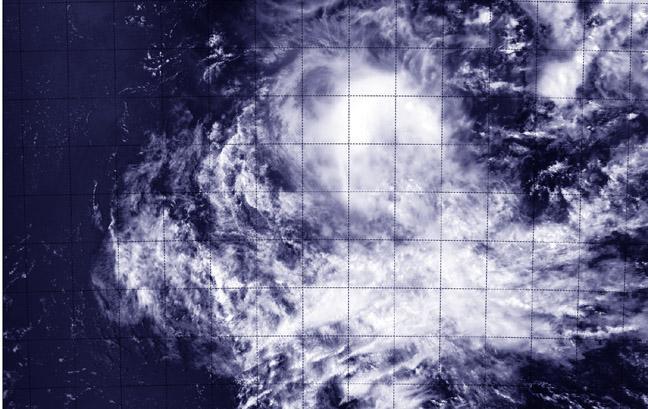 The JTWC forecast noted that the combined effects of increasing vertical wind shear (it's between 10 and 20 knots/11.5 to 23.0 mph/18.5 to 37.0 kph now), cooler sea surface temperatures in the path of the storm and limited outflow (winds the push out from the top of the storm) will weaken the system and cause its demise over open ocean in three days.