News Staff
A study carried out by researchers from Robotics and Cybernetics Research Group (RobCib) at Centre for Automation and Robotics (CAR) has used a drone to measure the temperature, humidity, luminosity and carbon dioxide concentration in a greenhouse.

The capacity of an aerial vehicle to move in three-dimensional space and the possibility to place the sensor at any point have clear advantages compared to other alternatives such as the sensor networks. Thus, the use of this technology can help improve the climate control systems and monitor crops. Greenhouse farming has suitable soils to apply new technologies.

Today, numerous greenhouses have advanced systems to control climate or supply water and nutrients to plants. The main purposes of greenhouse farming are climate control, both at local and global levels, and crop monitoring. In such a way, there is a need to measure certain environmental variables of the greenhouse continuously and accurately. Researchers have used an unmanned aerial vehicle powered by four rotors called quadcopter or quadrotor. 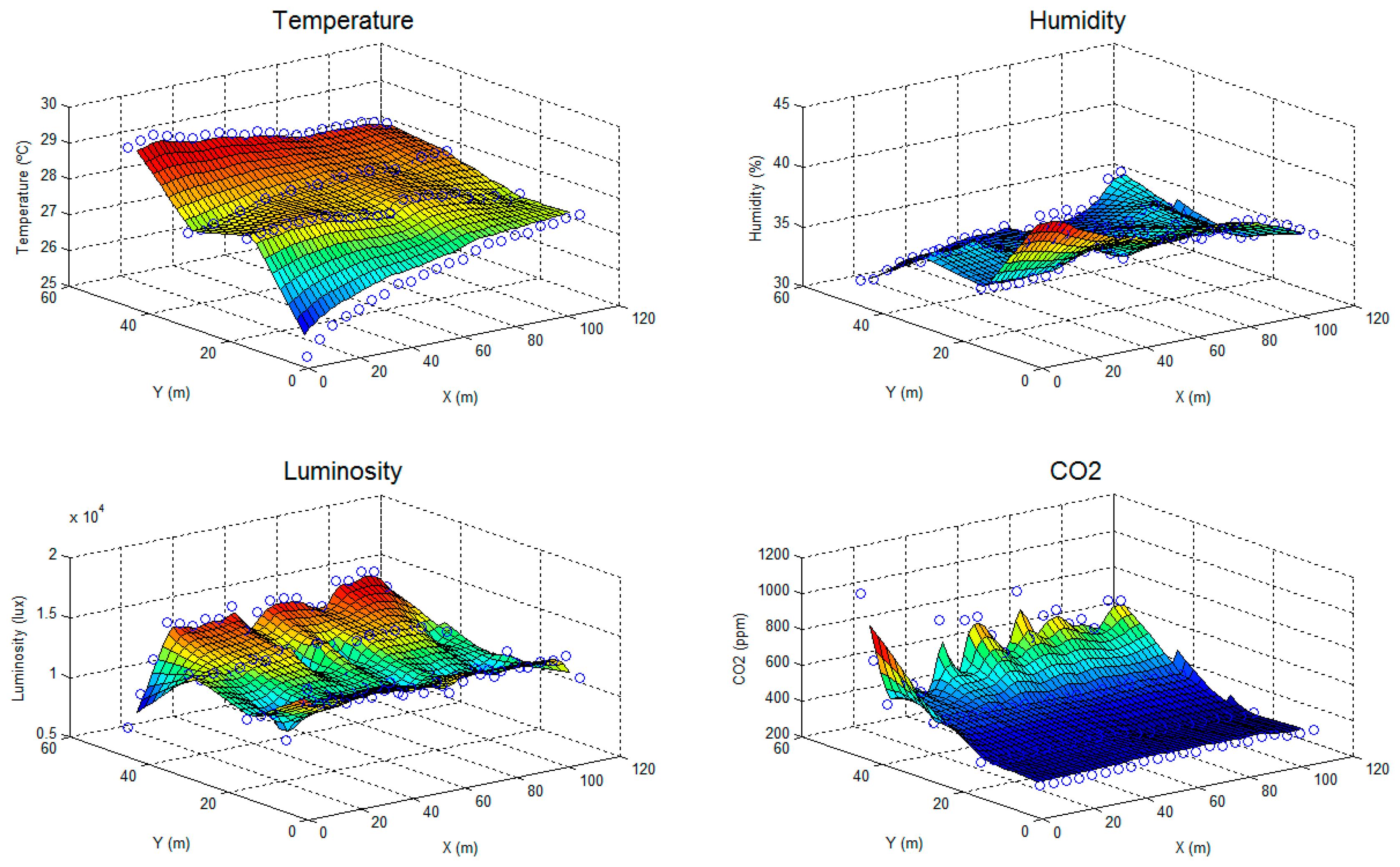 The use of these aerial robots is spreading due to their reduced size (from a few decimeters to a meter or two), their low cost and the number of equipments that can transport, for example, cameras or sensors. The quadrotor was equipped with sensors for temperature, humidity, luminosity and carbon dioxide concentration as well as a controller to collect this data and send it to a wireless network. Researchers have carried out a complete analysis of computational fluid dynamics and have set the optimal position for these sensors and showing that propellers flows do not produce interference in their actions.

The quadrotor can follow programmed routes autonomously in the greenhouse or move freely in search of anomalies in its measurements. Finally, all systems were shown in an experiment in a greenhouse located at the “plastic sea” in Almeria.

The robot flew the whole greenhouse in 20 minutes and generated maps of temperature, humidity, luminosity and carbon dioxide concentration. These maps can be used, amongst others, to guarantee optimal environmental conditions for plant growth or to detect leaks of temperature and humidity caused by cover damages.