Researchers have discovered that a brain protein plays a key role in controlling binge drinking, defined as drinking to the point of intoxication. They found that deleting the gene for this protein in mice ramped up alcohol consumption and prevented the brain from signaling the rewarding properties of alcohol.

The goal of the new study was to identify the role of a member of the "G protein-gated inwardly rectifying potassium channel" (GIRK) family in the behavioral and cellular responses to alcohol.

GIRK channels are distributed throughout the nervous system, where they decrease the excitability of neurons, making them less likely to fire. Studies in isolated cells have revealed that alcohol can directly activate GIRK channels; however, scientists did not know whether this action matters for the behavioral effects of alcohol. 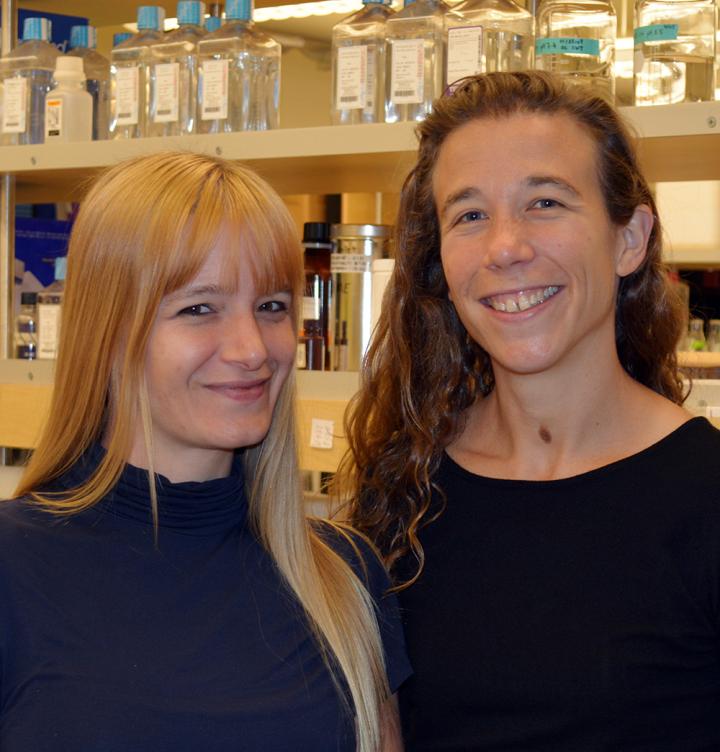 Investigating the role of GIRK3

"Alcohol hits a lot of different targets in our brain, which makes disentangling the in vivo effects of alcohol quite complicated," said The Scripps Research Institute (TSRI) biologist Candice Contet, senior author of the study. "Our study sheds light on the molecular mechanisms implicated in binge drinking."

In the new study, Contet and colleagues focused on the GIRK3 subunit, which had previously been shown to modulate the effects of other drugs, such as the "date rape drug" γ-hydroxybutyrate (GHB) and cocaine. The researchers investigated how GIRK3 influenced mouse behavior and neuronal function in the presence of alcohol. To do so, they compared "knockout" mice missing GIRK3 with normal mice.

They first found that the deletion of GIRK3 did not impact alcohol metabolism and did not affect how sensitive mice were to alcohol intoxication. Mice lacking GIRK3 and their normal counterparts cleared alcohol from their blood at the same rate, and experienced a similar loss of balance, sleepiness and reduced body temperature in response to alcohol.

However, in agreement with results from a previous study, the researchers found that GIRK3 knockout mice experiencing alcohol withdrawal failed to display the typical handling-induced convulsions caused by neuronal hyperexcitability.

GIRK3 knockout mice and controls also showed differences in alcohol intake in a test mirroring human behavior during a "happy hour" at a bar. In this test, mice were given access to ethanol for only two hours a day, at a time when they were most likely to drink to the point of intoxication.

The researchers found that GIRK3 knockout mice consumed much more alcohol than the control group. This effect was not observed when mice were given continuous access to alcohol, conditions under which mice do not get intoxicated. This result pointed to a role for GIRK3 specifically in binge drinking.

To address this question, the researchers turned their attention to the mesocorticolimbic dopaminergic pathway, a neural circuit that facilitates reward seeking. This pathway originates in an area of the midbrain called the ventral tegmental area (VTA) and releases the neurotransmitter dopamine in two forebrain areas: the ventral striatum and the prefrontal cortex. Alcohol, like other drugs of abuse, activates this pathway.

The researchers evaluated the activity of this pathway using two complementary techniques: electrophysiological recordings, which measured the firing of VTA neurons, and microdialysis, which tracked dopamine release in the ventral striatum.

In both experiments, the baseline activity of the pathway was not affected by GIRK3 deletion. However, a striking difference between normal and GIRK3 knockout mice emerged in the presence of alcohol, as the researchers found that the pathway became completely insensitive to alcohol's activating effect without GIRK3.

"The dramatic effect of GIRK3 deletion on the ability of alcohol to excite VTA neurons was surprising," said Melissa Herman, a research associate in the laboratory of TSRI Professor Marisa Roberto and first author of the study. "Even when applied at a very high concentration, alcohol was unable to alter the firing of neurons missing GIRK3."

Alcohol was also unable to trigger the release of dopamine in the ventral striatum of GIRK3 knockout mice.Contet believes that, taken together, the results suggest that GIRK3 knockout mice drink more ethanol to boost the engagement of other neural pathways mediating alcohol's rewarding effects.

The researchers were able to alter binge drinking in the opposite direction by injecting a GIRK3-expressing virus in the VTA. Reintroducing GIRK3 in the VTA of knockout mice brought their alcohol consumption down to normal levels, and normal mice expressing more GIRK3 in the VTA drank even less.

Overall, the new study showed that more GIRK3 in the VTA reduced binge drinking. This has led the researchers to believe that a compound selectively targeting GIRK3-containing channels may hold promise for reducing alcohol consumption in heavy binge drinkers.