The giant caveat is that the study was in mice, and despite what you may read in corporate media, mice are not little people, so this research is firmly in the "exploratory" part of science.

One thing is sure; most people can engage in recreational use of alcohol but some cannot. There is no settled reason for the distinction and some camps blame impulse control while others note that alcohol is a real carcinogen, and not the modern weird claims from IARC like hot tea and weedkillers are because a few people used those and got a cancer, a verified carcinogen, and it can also be addictive. Women are more susceptible than men to these negative effects of alcohol, potentially because of the sex hormone estrogen. But why? 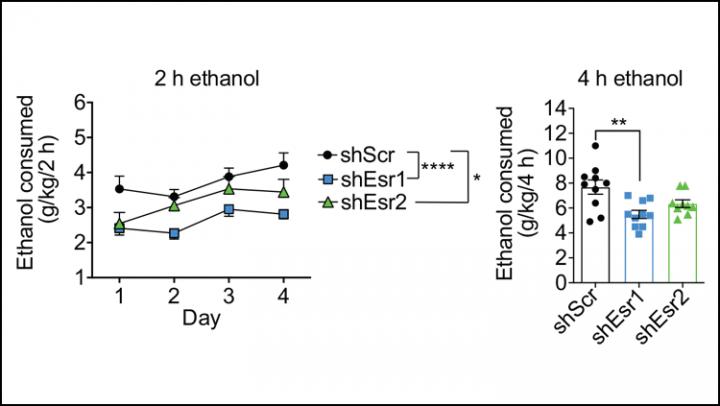 The authors activated estrogen receptors in mice and tracked how the activation influenced alcohol's effects on the brain. The research team targeted two subtypes of estrogen receptors in the ventral tegmental area (VTA) of the mice, a brain region involved in drug reward and reinforcement. Activating the α estrogen receptor subtype caused neurons to fire even more than normal in response to alcohol. Increased neuron firing releases more dopamine and could translate to a greater feeling of reward when drinking, making abuse more likely when estrogen levels rise.

The scientists then reduced the number of estrogen receptors in the VTA of both male and female mice. This decreased binge drinking behavior in female mice but had no effect on male mice -- even though they have estrogen in their brains, too.

The authors did the work because untangling the involved signaling pathways could unveil sex-based treatments for alcohol use disorders and at some point in the future it could lead to human relevance.
News Articles
More Articles All Articles
About