News Staff
Quantum computing is well into its second decade of hype with little progress being made. Computer chip companies have continued to optimize available physics and have left the quantum kind to the academic sandbox. It's not stable long enough to make calculations.

Perhaps what is needed is an intermediary to transmit information, say researchers at the Okinawa Institute of Science and Technology Graduate University (OIST).

A study in Physical Review Letters concedes that quantum computing only needs thousandths of a second, but notes that the particles involved are so small that they are easily influenced by their surroundings. If the motion of the particles is disturbed, even a little, it throws off the whole calculation. Nuclei may help in quantum memory because they are not easily influenced by their surroundings, but that also makes them extremely difficult to manipulate.

Instead of trying control the nucleus directly, researchers in a new paper focused on a “middle man” of sorts – the electrons orbiting the nucleus. The nucleus has a tiny internal magnet, called a “magnetic moment,” and the electrons orbiting around it also have magnetic moments that are about 1,000 times larger. Those magnets interact with each other - the hyperfine interaction, which is stronger in some materials than others. The researchers found that a crystal made of manganese and some other elements has a strong hyperfine interaction. This enabled them to manipulate the nuclei by first targeting the electrons. Information in quantum computing is conveyed by photons, which are individual particles of light, which also make up other nonvisible electromagnetic waves, such as ultraviolet and microwaves. 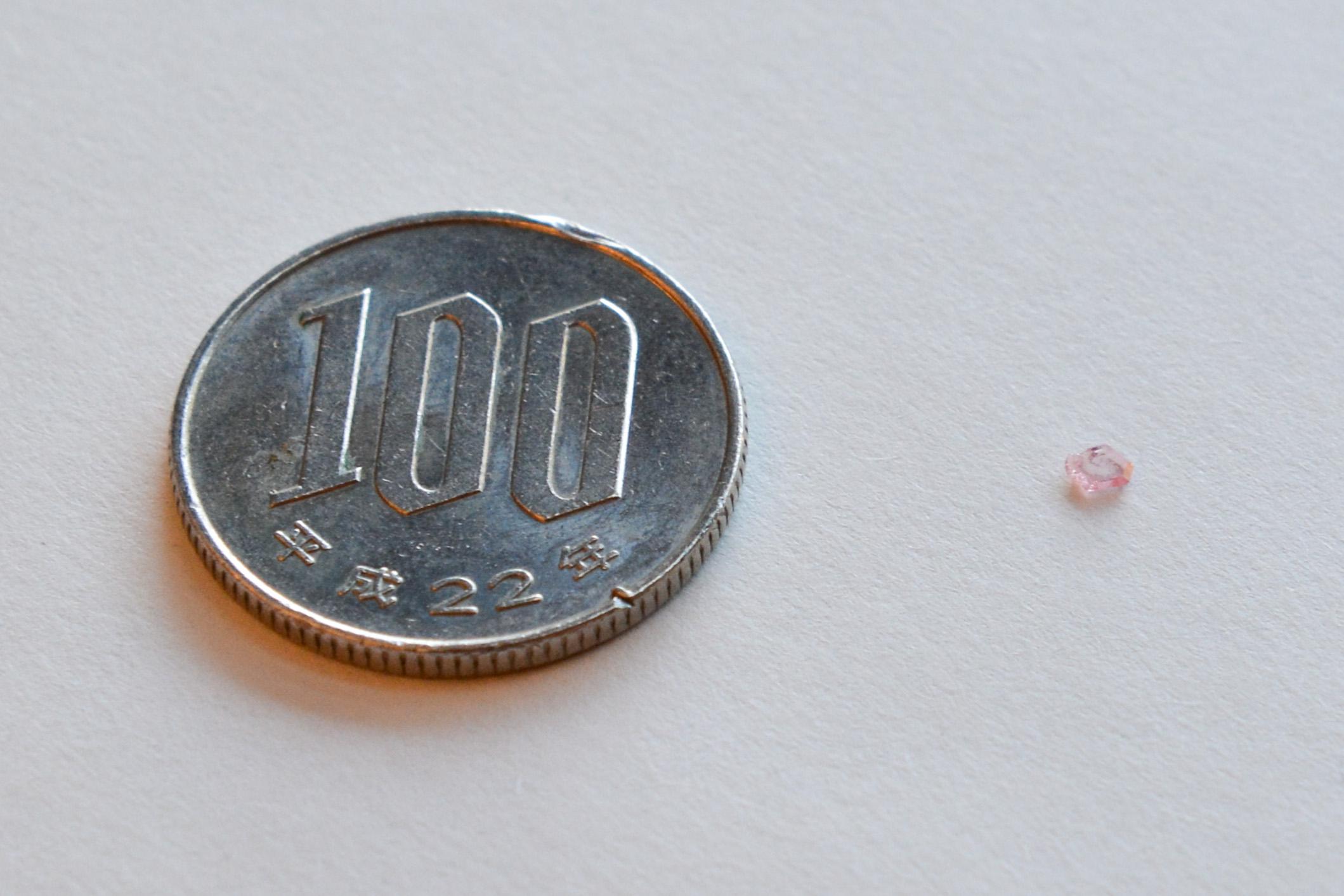 The information transmitted is actually the quantum state of the photon. The quantum state of the photon needs to be transferred to another particle so it will last long enough for the computation to take place. In this experiment, the researchers beamed microwaves through a manganese carbonate crystal. The magnetic field of the microwaves interacted with the magnetic moments of the electrons that are orbiting around the nuclei of the manganese atoms. The electrons’ movements started to change, which in turn altered the movement of the nuclei because they are connected by the hyperfine interaction. The quantum state of the microwave photon was transferred to the nuclei when the nuclei’s internal magnets flipped to point in the opposite direction.

This all has to happen very quickly before the quantum state of the photon changes. To transmit the information and flip the nuclei fast enough, there has to be a strong connection between the microwaves and nuclei via the electrons.

Next, the team plans to cool down the system to nearly -273 C, or -500 F, to see if they can strengthen the connection and extend the time information can be stored by minimizing temperature fluctuations.