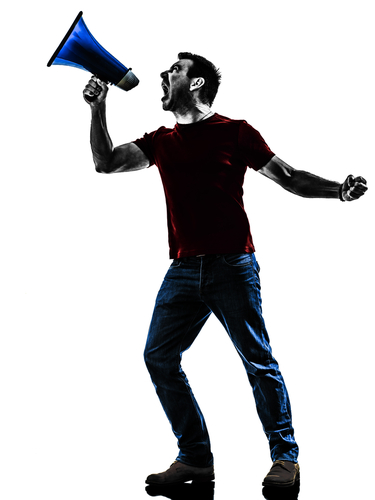 For as much time as Americans spend saying it is the greatest country on Earth, a whole lot of people worry about creating safe spaces where free expression is not allowed, or protesting the behavior of people they don't like.

It is likely that only in truly great countries is there freedom from worry about basic needs so that people who feel the need to live in important times can protest; As Science 2.0's Howard Bloom noted, Thoreau was able to rent a house next to a pond and get famous because he had thousands of years of unnatural technological progress making it possible. He wore clothing made of material that was once so expensive it was reserved for nobility and sent his laundry into town.

Or it could be that happiness is just not in American genes.

A paper in the Journal of Happiness Studies correlates the happiness of citizens with a specific allele involved in sensory pleasure and pain reduction.

Michael Minkov of the Varna University of Management in Bulgaria, and Michael Bond of the Hong Kong Polytechnic University believe genetic factors might contribute to national differences in happiness.

They used data from three waves of the nationally representative World Values Survey (2000 - 2014). They calculated the average national percentages of respondents who unambiguously reported being "very happy". Their calculations also included population genetic data from an allele frequency database maintained by population geneticist Kenneth K. Kidd of Yale University as well as climatic information about the harshness of summers and winters, the historic prevalence of pathogens and World Bank economic data, since national differences in subjective well-being are thought to depend on socioeconomic and climatic factors in addition to genetic factors. The authors saw a strong correlation between a nation's happiness and the presence of the A allele in the fatty acid amide hydrolase (FAAH) gene variant rs324420 in its citizens' genetic make-up. This allele helps prevent the chemical degradation of anandamide, a substance that enhances sensory pleasure and helps to reduce pain.

Nations with the highest prevalence of the A allele are quite clearly also those who perceive themselves happiest. These include Ghana and Nigeria in West Africa, and northern Latin American nations, such as Mexico and Columbia, whose citizens are of Amerindian or mixed Euro-American descent. The Arab nations of Iraq and Jordan, and the East Asian nations of Hong Kong, China, Thailand and Taiwan, which had the lowest prevalence of this allele, were also found to be the least likely to rate themselves as "very happy". Genetics also suggests explanations for differences in happiness between European nations. Northern Europeans such as Swedes were found to have a much higher prevalence of the A allele - and more often rate themselves as being very happy - than their cousins from Central or Southern Europe.

Economic wealth, the type of law governing a nation or disease patterns did not significantly influence national differences in happiness.

Why you should be suspicious? They also found that climatic differences were significantly associated with national differences in happiness. So global warming may explain why so many activists in the U.S. are on a rant all of the time even if they don't have angry DNA.