News Staff
What do butterflies, spiders and lobsters share in common?

Yawunik kootenayi, a marine creature with two pairs of eyes and prominent grasping appendages that lived 250 million years before the first dinosaur.

The fossil recently identified is the first new species to be described from the Marble Canyon site, part of the Canadian Burgess Shale fossil deposit.

Yawunik had evolved long frontal appendages that resemble the antennae of modern beetles or shrimps, though these appendages were composed of three long claws, two of which bore opposing rows of teeth that helped the animal catch its prey. 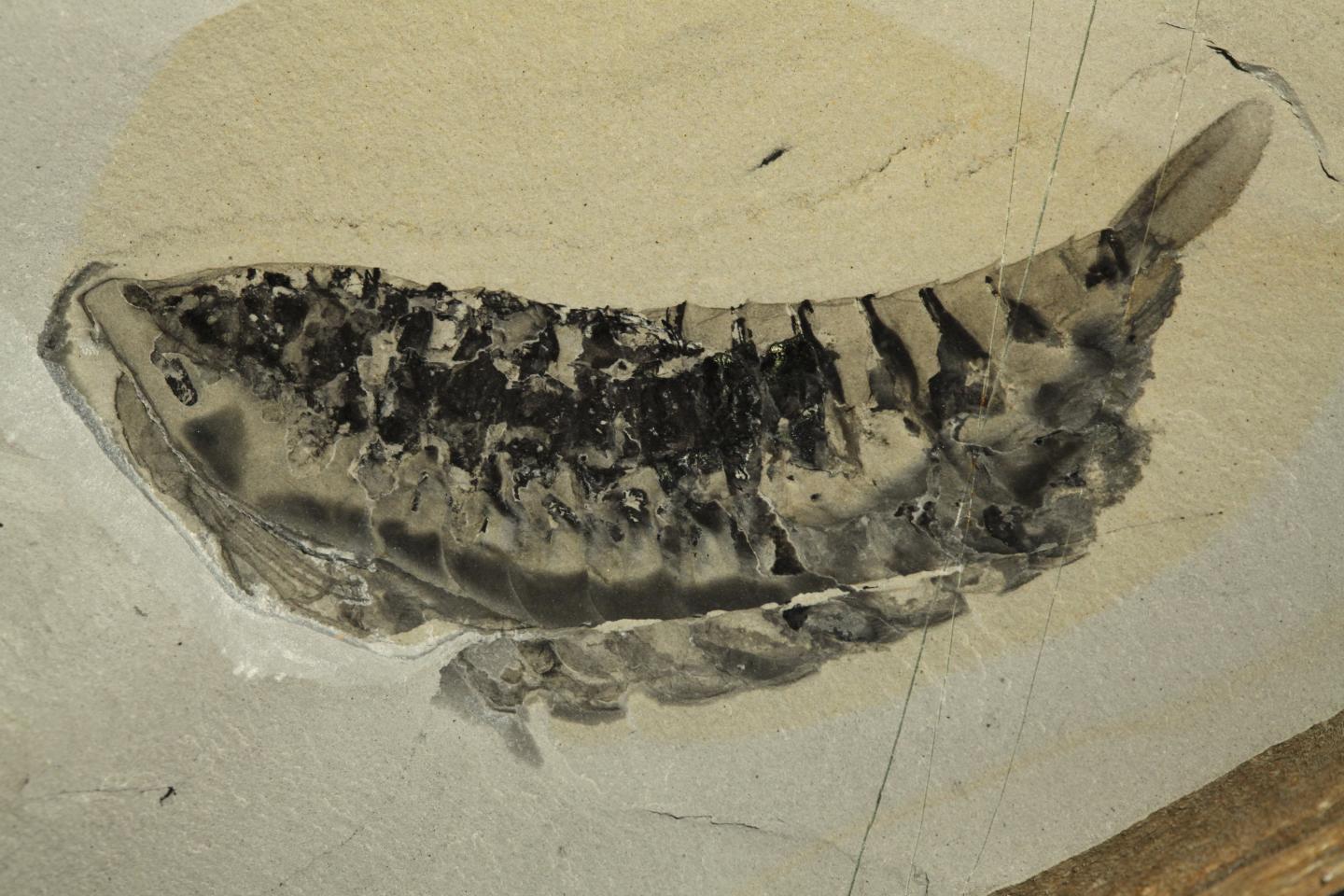 "This creature is expanding our perspective on the anatomy and predatory habits of the first arthropods, the group to which spiders and lobsters belong," said Cedric Aria, a PhD candidate in University of Toronto's Department of Ecology&Evolutionary Biology and lead author of the resulting study published this week in Palaeontology. "It has the signature features of an arthropod with its external skeleton, segmented body and jointed appendages, but lacks certain advanced traits present in groups that survived until the present day. We say that it belongs to the 'stem' of arthropods."

The study presents evidence that Yawunik was capable of moving its frontal appendages backward and forward, spreading them out during an attack and then retracting them under its body when swimming. Coupled with the long, sensing whip-like flagella extending from the tip of the claws, this makes the frontal appendages of the animal some of the most versatile and complex in all known arthropods.

"Unlike insects or crustaceans, Yawunik did not possess additional appendages in the head that were specifically modified to process food," said Aria. "Evolution resulted here in a combination of adaptations onto the frontal-most appendage of this creature, maybe because such modifications were easier to acquire.

"We know that the larvae of certain crustaceans can use their antennae to both swim and gather food. But a large active predator such as a mantis shrimp has its sensory and grasping functions split up between appendages. Yawunik and its relatives tell us about the condition existing before such a division of tasks among parts of the organism took place."

The Marble Canyon site is located in British Columbia's Kootenay National Park, 40 kilometres south from the original Burgess Shale in Yoho National Park. Aria was part of the team that discovered the site in 2012, led by Jean-Bernard Caron, an associate professor at U of T's Departments of Earth Sciences and Ecology & Evolutionary Biology and curator of invertebrate palaeontology at the ROM, and Robert Gaines, associate professor at the Department of Geology at Pomona College in California, both co-authors of the study.

"Yawunik is the most abundant of the large new species of the Marble Canyon site, and so, as a predator, it held a key position in the food network and had an important impact on this past ecosystem," said Caron. "This animal is therefore important for the study of Marble Canyon, and shows how the site increases the significance of the Burgess Shale in understanding the dawn of animals."

The study benefited from cutting-edge techniques of fossil imagery, including so-called "elemental mapping," which consists in detecting the atomic composition of the fossil and the sediment surrounding it.

"Our understanding of these organisms rests upon interpreting their fossil remains," said Gaines. "These fossils are a composed of a mosaic of delicate original organic material and minerals that replicate parts of fossil anatomy.

"The scanning electron microscope allows us to make maps of the fossils that reveal their composition. This gives us a remarkable perspective on the fossils, allowing anatomical structures to be visualized more precisely. This technique also provides insight into the unusual fossilization process that was at work here."

The new creature is named in tribute to the Ktunaxa People who have long inhabited the Kootenay area where the Marble Canyon locality was found. It owes its name to "Yawu?nik?", a mythological figure described as a huge and fierce marine creature, killing and causing such mayhem that it triggered an epic hunt by other animals to bring the threat down.

"We wanted to acknowledge the Ktunaxa culture, and given the profile of Yawunik, it looked like a natural choice of name," Aria said.

"Yawu?nik? is a central figure in the Ktunaxa creation story, and, as such, is a vital part of Ktunaxa oral history," said Donald Sam, Ktunaxa Nation Council Director of Traditional Knowledge and Language. "I am ecstatic that the research team recognizes how important our history is in our territory, and chose to honour the Ktunaxa through this amazing discovery."

Citation: "A large new leanchoiliid from the Burgess Shale and the influence of inapplicable states on stem arthropod phylogeny," Palaeontology. The material under study was collected in 2012 and fieldwork was mainly supported by the Royal Ontario Museum, Uppsala University and Pomona College. Aria's doctoral research is supported by a Natural Sciences and Engineering Research Council of Canada discovery grant to Jean-Bernard Caron and University of Toronto fellowships.
News Articles
More Articles All Articles
About