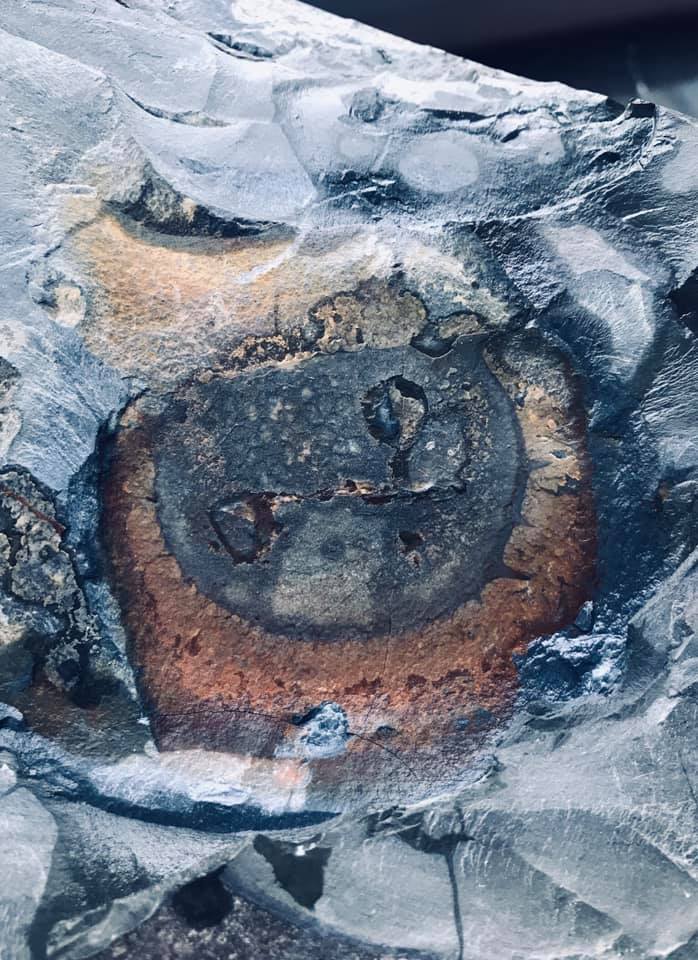 Move over Burgess, there's a new Cambrian Lagerstätten in town. Meet Tuzoia sinesis from the Balang Formation of southern China. China has some very interesting fossil specimens being unearthed that challenge the Burgess Shale for preservation and variety of fauna.
This large extinct bivalved arthropod, Tuzoia sinesis (Pan, 1957) is from one of those sites.

The specimen was found in Cambrian deposits of the Balang Formation. The Balang outcrops in beautiful Paiwu, northwestern Hunan Province in southern China. The site is intermediate in age between the Lower Cambrian Chengjiang fauna of Yunnan and the Lower to Middle Cambrian, Kaili Lagerstätten of Guizhou in southwestern China. The specimen was collected early in July 2019 and is one of many new and exciting arthropods to come from the site. While the Balang has a low diversity of trilobites, it does boast many soft-bodied fossils similar or exceeding the preservation found at Canada's 508-million year old Burgess Shale.

Some of the more interesting finds include the first discovery of anomalocaridid appendages (Appendage-F-type) from China along with the early arthropod Leanchoiliids with his atypical frontal appendages (and questionable phylogenetic placement) and the soft-shelled trilobite-like arthropod, Naraoiidae.

While the site is not as well-studied as the Chengjiang and Kaili Lagerstätten, it looks very promising. The exceptionally well-preserved fauna includes algae, sponges, chancelloriids, cnidarians, worms, molluscs, brachiopods, trilobites and a few non-mineralized arthropods. It is an exciting time for Cambrian paleontology. The Balang provides an intriguing new window into our ancient Cambrian seas and the profound diversification of life that flourished there.