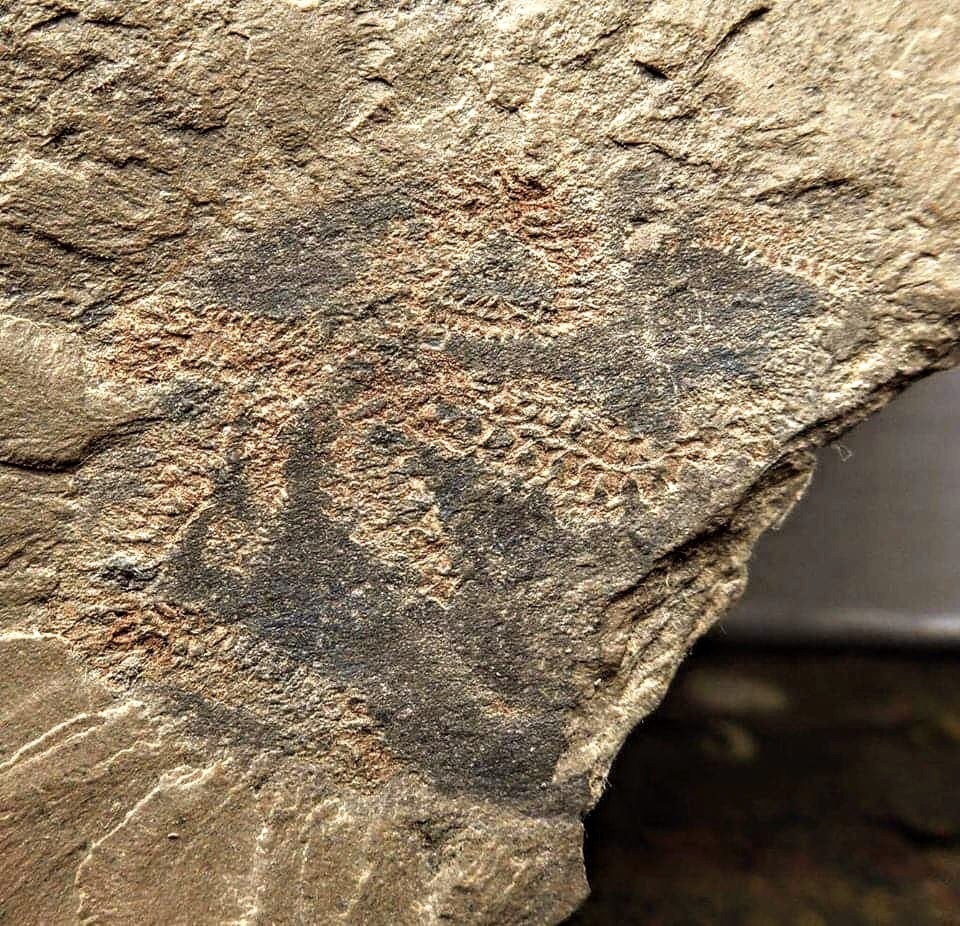 This beautiful specimen is Protoaster Haefneri, a new species of edrioasteroid, an extinct lower Cambrian genus of echinoderm from the Kinzers Formation of York County, Pennsylvania. The specimen was found by and named after Chris Haefner, and is set to be "unveiled" this September at a conference in Moscow, Russia. This is one of only two specimens of this new lower Cambrian genus of echinoderm found in the 520 million years shales of the Kinzers. The specimens were collected during field work in 2017 and 2018, and form the basis of the research to be published this Fall by Dr. Samuel Zamora of Spain.

Protoaster Haefneri was a mobile bulbous creature (about the size of a smaller onion) with feeding tendrils extended from the sides of his pentaradial body plan. This specimen and one other went into collections at the Natural History Museum of London in December 2018, as NHMUK PI EE 16659 and 16660. It will be interesting to compare this specimen to echinoderms from the early Cambrian of Morocco and China, looking at body plans of two major echinoderm clades, the pelmatozoans and eleutherozoans, with an eye to discovering more about their ontogeny and divergence.

Along with this new edrioasteroid, other Cambrian fauna were discovered, including delicate soft-bodied creatures we think of from the middle Cambrian Burgess Shale and trilobites matching species from the lesser known and slightly older, lower Cambrian Eager Formation, near Cranbrook, British Columbia.

We'll definitely be seeing more photos and fauna from this productive 20-acre hilltop site. I'm rather hoping this flood of specimens will rekindle excitement into the naming of Wanneria, and perhaps someone taking up the mantle to continue the as yet unpublished work of Lisa Bohach.
Fossil Huntress
More Articles All Articles
About