Although there is unquestionably much left to be discovered about life on Earth, charismatic animals like mammals are usually well documented, and it is rare to find a new species today—especially from a group as intriguing as the elephant-shrews, monogamous mammals found only in Africa with a colorful history of misunderstood ancestry.

Like shrews, these small, furry mammals eat mostly insects. Early scientists named them elephant-shrews not because they thought the animals were related to elephants but because of their long, flexible snouts. Ironically, recent molecular research has shown that they are actually more closely related to elephants than to shrews.

Members of a supercohort called Afrotheria that evolved in Africa over 100 million years ago, their relatives include elephants, sea cows, and the aardvark. Until recently, only 15 species of elephant-shrews, also called sengis to avoid confusion with true shrews, were known to science. 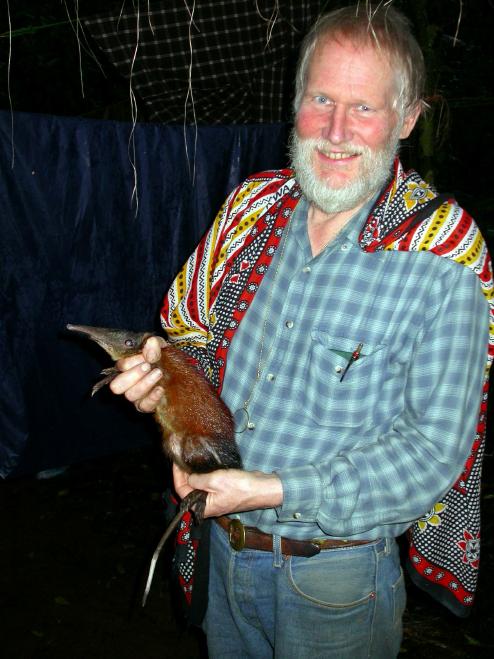 In March of 2006, Galen Rathbun of the California Academy of Sciences, Francesco Rovero of the Trento Museum of Natural Sciences, and a team of collaborators confirmed the existence of a new species that lives only in two high-altitude forest blocks in the mountains of south-central Tanzania.

“This is one of the most exciting discoveries of my career,” said Rathbun, who has studied the ecology, social structure, and evolution of sengis for more than 30 years.

“It is the first new species of giant elephant-shrew to be discovered in more than 126 years. From the moment I first lifted one of the animals into our photography tent, I knew it must be a new species—not just because of its distinct coloring, but because it was so heavy!” The new species, which has been named the grey-faced sengi Rhynchocyon udzungwensis, weighs about 700 grams (1.5 pounds), which is more than 25 percent larger than any other known sengi. 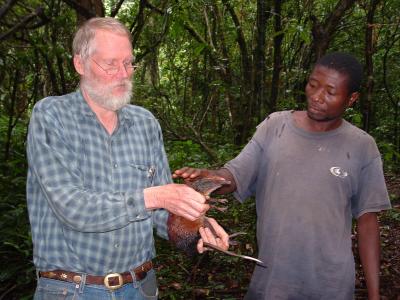 The new sengi was first caught on film in 2005, when Francesco Rovero of the Trento Museum of Natural Sciences in Italy set up camera traps inside the remote Ndundulu Forest in Tanzania’s Udzungwa Mountains, where he was surveying the region’s forest mammals. When the cameras recorded an elephant-shrew that looked unfamiliar, he sent the photos to Rathbun for identification, who determined that the colorful animal appeared to be a new species. In March of 2006, they embarked on a two-week expedition with a team of colleagues to search for specimens to confirm the discovery.

Although it was supposed to be the dry season, the rains came early, and the traps they had brought with them turned out to be too small for the surprisingly large sengis. But with perseverance and the help of some traditional twine snares, they were able to capture four animals and make 40 observations, confirming the presence of a new species.

Its unique features include a distinctive grey face and a jet-black lower rump, as well as a large body size. So far, the new giant sengi (Rhynchocyon udzungwensis) is known to exist in only two populations that cover about 300 square kilometers (115 square miles) of forest in Tanzania. The other three species in the genus Rhynchocyon are also rare due to restricted and fragmented forest habitats—one is listed as endangered by the IUCN, another is listed as near-threatened, and the third is on the vulnerable list.

The Udzungwa Mountains are part of a series of ancient and isolated mountain blocks stretching from southern Kenya to south-central Tanzania. The age, isolation and fragmented nature of the forests in these mountains have combined to produce high levels of biodiversity, including many species that cannot be found anywhere else on Earth.

In recent years, a number of other new species have been found there, including the Udzungwa partridge, the Phillips’ Congo shrew, a monkey known as the kipunji, and several amphibians and reptiles. “This new discovery highlights how exceptionally important the Udzungwa Mountain rain forests are, and how little we know about them,” said Rovero.

The newly discovered grey-faced sengi is just one of many species in need of protection in the Udzungwa Mountains, which serve as an important dry-season refuge for many animals from adjacent areas. A recent survey suggests that the few remaining wildlife corridors linking the mountains to surrounding protected areas are critically threatened, and will be lost by the end of 2009 without intervention. 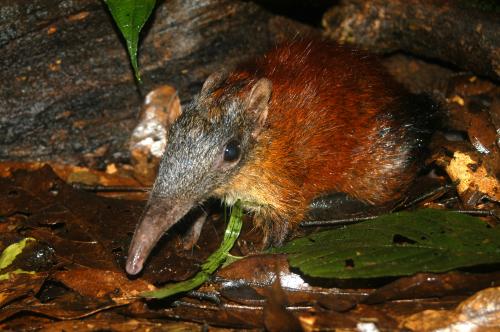 Recent conservation efforts have resulted in the establishment of the Kilombero Nature Reserve, raising hopes for enhanced long-term protection of some important forests, including Ndundulu where the new sengi was found. Still, without more funding, the legal protection afforded by the reserve will be difficult to enforce. “We hope that new discoveries like ours will help bolster efforts to conserve this spectacular ecosystem,” says Rathbun.