News Staff
When a single female antbird is nearby, those with male partners will sing over the songs of their betrothed in an apparent attempt to keep their messages from getting through, according to a new report in Current Biology.

Males, of course, then change their tune.

This may be the first evidence that such "signal jamming" and "jamming avoidance" (literal cock-blocking) occurs between mates, according to the researchers.

"In human terms, signal jamming is most commonly associated with attempts to scramble information in radio, radar, or cell phone signals," said Joseph Tobias of the University of Oxford. "The females in our study try to do a similar thing with the songs of their partner, but the overall situation is more analogous to a wife continually interrupting her husband to stop him from flirting with a single woman." 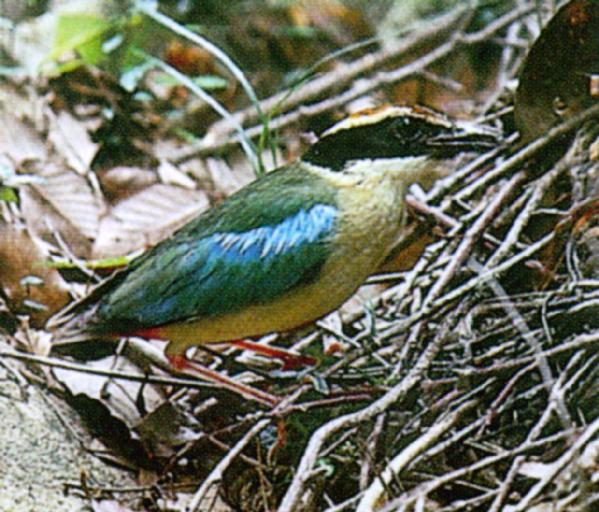 Is that other female antbird really worth 50% of your assets?

Social animals produce a wide range of communal displays, many of them remarkable feats of complex coordination, the researchers said. One example is the duets sung by pairs of Peruvian warbling antbirds. So far, scientists have disagreed about how temporal coordination between displaying individuals evolved, some seeing it as a cooperative signal of coalition quality, others as a selfish means to avoid signal overlap.

According to the research team, the new study provides the first evidence that the avoidance of signal overlap is sufficient to explain the coordination and complexity of communal signals.

In a series of playback experiments, the team found that resident pairs of antbirds sing coordinated duets when responding to rival pairs. But under other circumstances, cooperation breaks down, leading to more complex songs. Specifically, they report that females respond to unpaired sexual rivals by jamming the signals of their own mates, who in turn adjust their signals to avoid the interference.

Tobias said the females' attempts to jam their partners' songs are presumably intended to make the males less attractive, or to make it clear that they are "taken." He added that the results in antbirds may have broad implications for understanding how communal signals have developed over evolutionary time in many animals, and perhaps even in humans.

First, Tobias said, the findings reveal that group signals such as duets and choruses represent a subtle blend of cooperation and conflict. The balance between those two forces depends on the context. Their study also suggests that if there is some conflict in the system, then multiple singers can combine to produce rhythmic, precisely coordinated, and increasingly complex songs simply by avoiding overlap.

"Most evidence points to vocalizations in early humans having a function in both mate attraction and resource defense, so it seems plausible that 'signal jamming' and especially 'jamming avoidance' played a role in our evolutionary history. If so, our results may help to explain the first steps towards complex, coordinated group signals in humans, which themselves are the likely forerunners to modern music."