Gondwana was a ‘supercontinent' comprised of Antarctica, South America, Africa, Madagascar, Australia-New Guinea, and New Zealand, as well as Arabia and the Indian subcontinent of the Northern Hemisphere.

It existed between 500 and 180 million years ago but geologists have debated for decades over how it eventually broke up. The two primary camps support a theory claiming the continent separated into many small plates and a second theory believes it broke into a few large pieces.

In a new paper published in ‘Geophysical Journal International’, Dr. Graeme Eagles at the University of London says he has the answer. 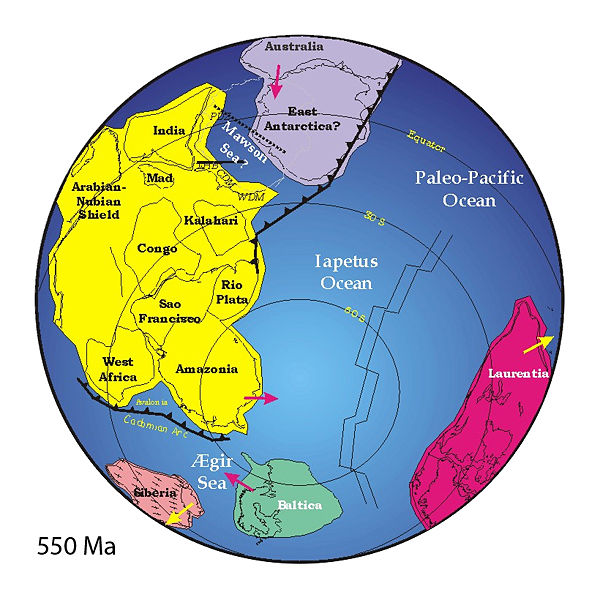 Dr Eagles, working with Dr Matthais König from the Alfred Wegener Institute for Polar and Marine Research in Bremerhaven, Germany, devised a new computer model showing that the supercontinent cracked into two pieces, too heavy to hold itself together. Between around 250 and 180 million years ago, it formed part of the single supercontinent ‘Pangea.’

Evidence suggests that Gondwana began to break up at around 183 million years ago. They analyzed magnetic and gravity anomaly data from some of Gondwana’s first cracking points – fracture zones in the Mozambique Basin and the Riiser-Larsen Sea off Antarctica.

Eagles and König then reconstructed the paths that each part of Gondwana took as it separated. The computer model reveals that the supercontinent divided into just two large, eastern and western plates. Approximately 30 million years later, these two plates started to split to form the familiar continents of today’s Southern Hemisphere.

"You could say that the process is ongoing as Africa is currently splitting in two along the East African Rift," says Dr. Eagles. "The previously held view of Gondwana initially breaking up into many different pieces was unnecessarily complicated. It gave fuel to the theory that a plume of hot mantle, about 2,000 to 3,000 kilometres wide, began the splitting process. A straight forward split takes the spotlight off plumes as active agents in the supercontinent’s breakup, because the small number of plates involved resembles the pattern of plate tectonics in the rest of Earth’s history during which plumes have played bit parts."

According to Eagles and König, supercontinents like Gondwana are gravitationally unstable to begin with, and have very thick crusts in comparison to oceans, so they eventually start to collapse under their own weight.

Says Dr. Eagles, "These findings are a starting point from which more accurate and careful research can be made on the supercontinent. The new model challenges the positions of India and Sri Lanka in Gondwana which have been widely used for the past 40 years, assigning them very different positions in the supercontinent. These differences have major consequences for our understanding of Earth."