The legend is that the great rulers of Canaan, the ancient land of Israel, were all men. But a recent dig by Tel Aviv University archaeologists at Tel Beth-Shemesh uncovered possible evidence of a mysterious female ruler.

Tel Aviv University archaeologists Prof. Shlomo Bunimovitz and Dr. Zvi Lederman of the Department of Archaeology and Ancient Near Eastern Civilizations have uncovered an unusual ceramic plaque of a goddess in female dress, suggesting that a mighty female "king" may have ruled the city. If true, they say, the plaque would depict the only known female ruler of the region.

The plaque itself depicts a figure dressed as royal male figures and deities once appeared in Egyptian and Canaanite art. The figure's hairstyle, though, is womanly and its bent arms are holding lotus flowers – attributes given to women. This plaque, art historians suggest, may be an artistic representation of the "Mistress of the Lionesses," a female Canaanite ruler who was known to have sent distress letters to the Pharaoh in Egypt reporting unrest and destruction in her kingdom. 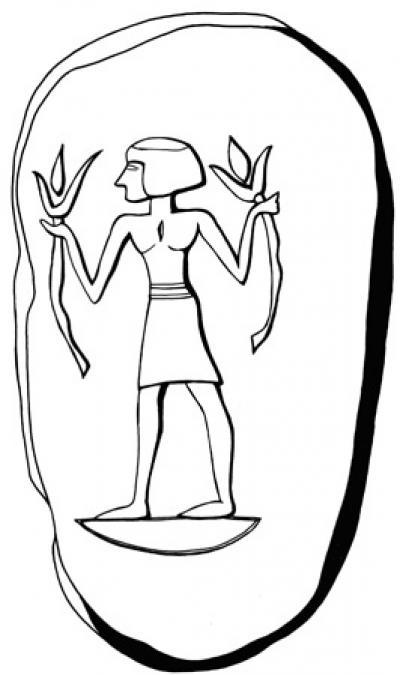 This is an illustration of the plaque found by Tel Aviv University researchers at Tel Beit Shemesh in 2008.  Photo Credit: AFTAU

"We took this finding to an art historian who confirmed our hypothesis that the figure was a female," says Dr. Lederman. "Obviously something very different was happening in this city. We may have found the 'Mistress of the Lionesses' who'd been sending letters from Canaan to Egypt. The destruction we uncovered at the site last summer, along with the plaque, may just be the key to the puzzle.

A Lady Ruler in Pre-Exodus Canaan

Around 1350 BCE, there was unrest in the region. Canaanite kings conveyed their fears via clay tablet letters to the Pharaoh in Egypt, requesting military help. But among all the correspondence by kings were two rare letters that stuck out among the 382 el Amarna tablets uncovered a few decades ago by Egyptian farmers. The two letters came from a "Mistress of the Lionesses" in Canaan. She wrote that bands of rough people and rebels had entered the region, and that her city might not be safe. Because the el-Amarna tablets were found in Egypt rather than Canaan, historians have tried to trace the origin of the tablets.

"The big question became, 'What city did she rule?'" Dr. Lederman and Prof. Bunimovitz say. The archaeologists believe that she ruled as king (rather than "queen," which at the time described the wife of a male king) over a city of about 1,500 residents. A few years ago, Tel Aviv University's Prof. Nadav Naaman suggested that she might have ruled the city of Beth Shemesh. But there has been no proof until now.

"The city had been violently destroyed, in a way we rarely see in archaeology," says Prof. Bunimovitz, who points to many exotic finds buried under the destruction, including an Egyptian royal seal, bronze arrowheads and complete large storage vessels. They suggest a large and important city-state, well enmeshed within East Mediterranean geo-political and economic networks.

Time for a New Interpretation of Biblical History?

Tel Aviv University archaeologists say that the new finds might turn the interpretation of pre-biblical history on its head. The people of the time were pagans who had a very elaborate religious system.

"It was a very well-to-do city," says Lederman. "Strangely, such extensive destruction, like what we found in our most recent dig, is a great joy for archaeologists because people would not have had time to take their belongings. They left everything in their houses. The site is loaded with finds," he says, adding that the expensive items found in the recent level points to it as one the most important inland Canaanite cities.

The discovery of the plaque, and the evidence of destruction recorded in the el-Amarna tablets, could confirm that the woman depicted in the figurine was the mysterious "Mistress of the Lionesses" and ruled Canaanite Beth Shemesh. "There is no evidence of other females ruling a major city in this capacity," Lederman and Bunimovitz say. "She is the only one. We really hope to find out more about her this summer." 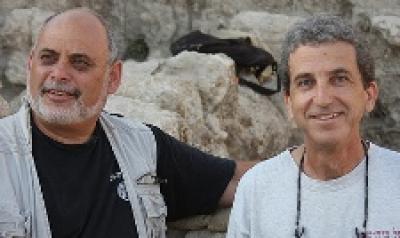