News Staff
The Dead Sea scrolls used to be revered as holding some special insight, perhaps we were only now mature enough to understand it. More recently, it's clear these were errors and cast-offs that were given a proper burial, but have no real benefit.

To archaeologists, it's instead just science, another way to understand the past. A new cave has been found, though scientists didn't get their first, they were clearly looted in the middle of the 20th Century, but the scholars still suggest the cave should be numbered as Cave 12, along with the 11 caves previously known to have housed hidden Dead Sea scrolls, even though this one has no scrolls.

Excavations in the cave on the cliffs west of Qumran, near the northwestern shore of the Dead Sea, prove that Dead Sea scrolls from the Second Temple period were hidden in the cave, and were looted by nomadic Muslims around 60 years ago. Numerous storage jars and lids from the Second Temple period were found hidden in niches along the walls of the cave and deep inside a long tunnel at its rear. The jars were all broken and their contents removed, and the discovery towards the end of the excavation of a pair of iron pickaxe heads from the 1950s (stored within the tunnel for later use) proves the cave was looted.

They found a piece of parchment rolled up in a jug that was being processed for writing but no scrolls. However, Cave 8 also had only scroll jars but no scrolls and that is the argument for making this cave (the Q=Qumran standing in front of the number to indicate no scrolls were found). 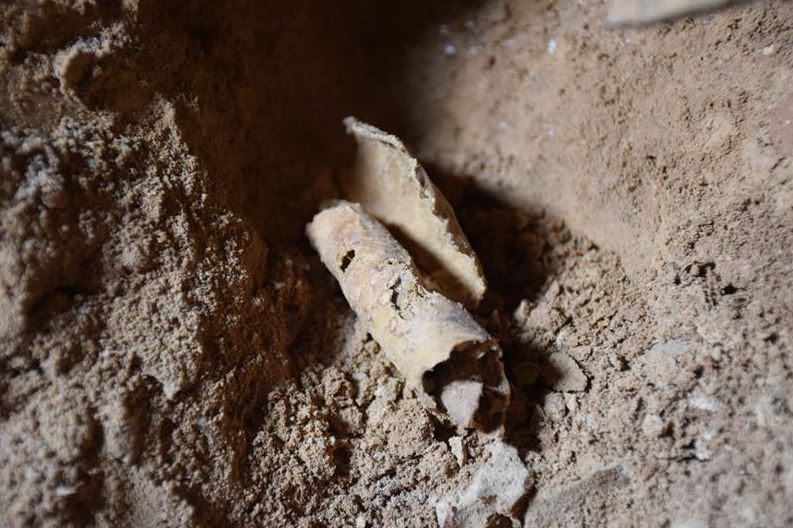 "The important discovery of another scroll cave attests to the fact that a lot of work remains to be done in the Judean Desert and finds of huge importance are still waiting to be discovered,” said Israel Hasson, Director-General of the Israel Antiquities Authority. “We are in a race against time as antiquities thieves steal heritage assets worldwide for financial gain. The State of Israel needs to mobilize and allocate the necessary resources in order to launch a historic operation, together with the public, to carry out a systematic excavation of all the caves of the Judean Desert.”