News Staff
Antibiotics are popular in America among everyone but pharmaceutical companies. Part of the reason is cultural; everyone wants antibiotics to be cheap, but want to be able to sue companies if anything new causes a side effect. Meanwhile, the government has doubled the cost and red tape to put anything on the market this century (COVID-19 vaccines and a few other products exempted) and research for new molecules is costly. That adds up to little interest.

One antibiotic candidate is called albicidin. It is produced by the bacterial plant pathogen Xanthomonas albilineans, which causes the devastating leaf scald disease in sugar cane. Though is has been known for some time that albicidin is highly effective at killing bacteria including E. coli and S. aureus it hasn't gone anywhere in the past because scientists knew it worked but not precisely how it interacts with its target, the bacterial enzyme DNA gyrase (gyrase). This enzyme binds to DNA and, through a series of elegant movements, twists it up, a process known as supercoiling which is vital for cells to function properly.

Not knowing opens the door to a lot of future potential problems so it went nowhere, but new research shows that albicidin forms an L-shape, enabling it to interact with both the gyrase and the DNA in a unique way. In this state gyrase can no longer move to bring the DNA ends together. The effect of albicidin is akin to a spanner thrown between two gears. The way albicidin interacts with gyrase is sufficiently different from existing antibiotics that the molecule and its derivatives are likely to be effective against many of the current antibiotic resistant bacteria. 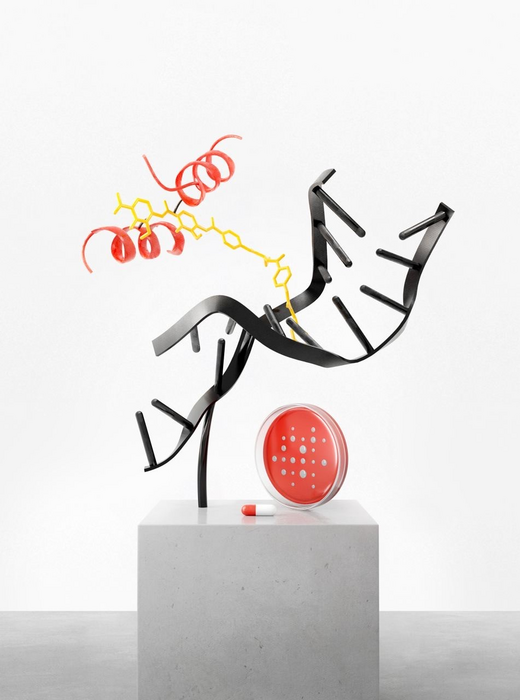 The team used their observations to chemically synthesize variations of the antibiotic with improved properties. In tests, these variants were effective against some of the most dangerous hospital-acquired bacterial infections including Escherichia coli, Klebsiella pneumoniae, Pseudomonas aeruginosa and Salmonella typhimurium.

It has been around for decades but perhaps this will be enough to interest industrial collaborators and get to human clinical trials. This could lead to the development of an urgently needed new class of antibiotics in the face of a global threat of antimicrobial resistance.
News Articles
More Articles All Articles
About