Surveyed parents believe gaming often gets in the way of other aspects of their teen's life, such as family activities and interactions (46 percent), sleep (44 percent), homework (34 percent), friendship with non-gaming peers (33 percent) and extracurricular activities (31 percent).

Those parents may be wrong about how much time their kids spend gaming. Many parents of frequent gamers have a misconception that the amount of time their teenager spends playing video games is in line with their peers. 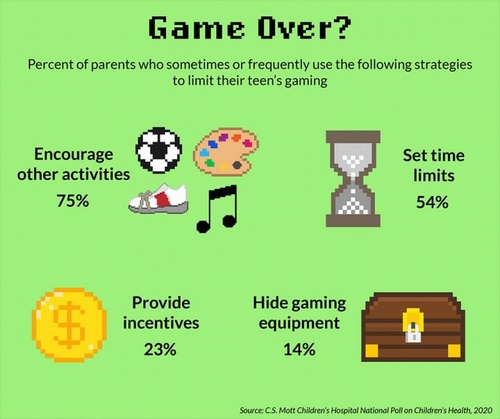