News Staff
All of the people who joke they have Asperger's or are "on the spectrum" as an excuse for behavior they know is simply annoying or weird are probably going to want to stop. It's going to be a lot cooler to just admit they are annoying or weird.

The reason is because a new analysis in Moleular Autism finds that Hans Asperger, the Austrian pediatrician for whom a mild segment of the autism spectrum is named, collaborated with Nazis and helped kill disabled children.

The Third Reich’s child-euthanasia program was a more extreme form of the eugenics movement that was lauded by Supreme Court Justice Oliver Wendell Holmes, who spoke for America's highest court when writing that a rape victim should be sterilized because he believed she was simply promiscuous and she would be the “probable potential parent of socially inadequate offspring, likewise afflicted”. His eugenics beliefs were shared by luminaries of the day such as H.G. Wells and John Maynard Keynes. 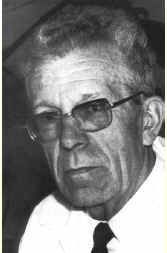 The Nazis also embraced eugenics, and eugenicists embraced them, because they both believe it was possible to establish a “pure” society by eliminating those deemed a “burden.” Though perhaps not a member of the Nazi political party, that's irrelevant, because Dr. Asperger referred disabled children to the Am Spiegelgrund clinic in Vienna, where they were killed from 1940 to 1945.

Autism advocates and those who casually self-identify with the term "Asperger" will be concerned with the association, but it is not new, there had always been an undercurrent of dislike toward him among older Austrians.

He redeemed himself to many after the war. He became a leader in autism research, so well known that the developmental disorder he called "autistic psychopathy" in 1944, and which caused some kids to be put to death, was changed to Asperger syndrome after he died in 1980.
News Articles
More Articles All Articles
About