News Staff
For a pilot study, a team examined blood samples from 50 patients and 16 healthy subjects. Using atomic force microscopy technology, they analyzed the surface of around 1000 red blood cells per person without knowing anything about their state of health.

They were able to detect the presence of suspicious proteins, beta-amyloid peptides and tau proteins associated with the neurodegenerative disease commonly called dementia. but also to determine their variable shape and form as well as their amounts.

Finding the total amount was no big deal but visualization of differences in the shape and condition of protein accumulations could be important.  After measuring the size, structure and texture of protein accumulations found on the blood cells they compared the results with the clinical data from  neurologists. They were able to discern a pattern that matched the patients' disease stage: People who had Alzheimer's disease had large amounts of protein fibers made up of beta-amyloid peptides and tau proteins. 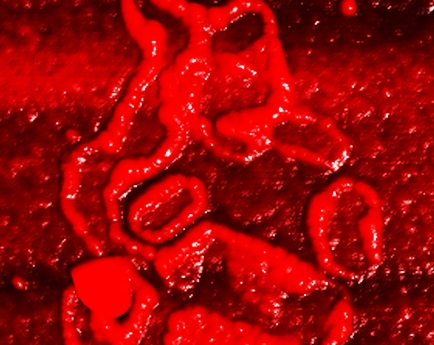 The proteins were able to assemble into fibers several hundred nanometers long. In healthy individuals or those with incipient brain disorders, however, they counted few fibers. To the authors, this proves the feasibility of blood analysis using AFM technology- and patients might be spared the unpleasant puncture of the spinal canal in order to be able to diagnose the disease reliably.

The next step is to corroborate the data by studying a larger number of subjects at different stages of the disease using AFM and chemical analysis and to work on technologies that allow nanometer-scale observations in blood without destroying the structure and morphology of the proteins.
News Articles
More Articles All Articles
About