News Staff
The number one cause of traffic jams in larger U.S. cities is high occupancy vehicle (HOV) lanes, which were created by government to force people into carpooling to prevent traffic jams. It did not work, nor did pretending single-use electric cars were carpools, because blocking off 25 percent of the road for 6 perfect of cars makes no sense and people did not change jobs to be able to work in the same factory in the same town, the way it was possible 60 years ago.

A smarter system might be accelerometers and magnetometers that detect cars and generate origin-destination matrixes in real time, as in a new project. It will never be perfect, people want regular work hours and evenings with their families, but politicians have discovered that no traffic is a very bad thing. It means 40 million people are unemployed, and that means they are not paying taxes. So smarter traffic rather than brute-force penalties and picking winners and losers by government are ideal.

Some things are predictable. Major arteries will get clogged during the periods when people go to work and government decrees lanes should be shut off for Uber passengers and Prius drivers. If those were eliminated, mobility patterns of vehicles and sensors, accelerometers and magnetometers distributed across roads that lead to and out of an intersection can monitor the transit of vehicles, creating a measuring station in each one. 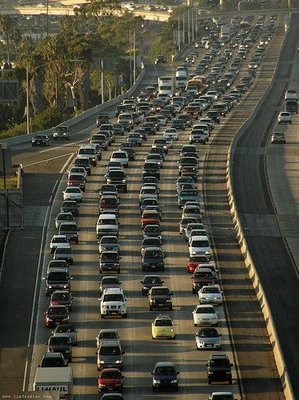 Origin-destination matrixes for each intersection can allow the system to get smarter over time, so that fewer people are stuck in actual traffic jams. Like Disney World lines, you might always be moving and that will be less frustrating than sitting still.

The work was presented at “Mathematical Modelling in Engineering&Human Behaviour 2020”, organized by the Institute of Multidisciplinary Mathematics of Valencia’s Polytechnic University.