News Staff
The bacterium that causes citrus greening disease, Candidatus Liberibacter asiaticus (CLas), is not only decimating citrus orchards, it also does a number in the guts of the insect that transmits it.

Citrus greening disease, also called Huanglongbing, has taken a terrible toll on Florida's $9 billion citrus industry and infected trees have already been detected in California. It is vector-borne, which means it is spread by insects, namely the Asian citrus psyllid.

But the insects may be getting a bad rap in the blame. As they move from tree to tree, feeding on sap, they transmit it, but not without a fight. Cells in the midgut of the Asian citrus psyllid self-destruct when infected with the citrus greening bacterium, according to a new paper. The researchers raised Asian citrus psyllids on CLas-infected citrus plants and then dissected out their guts and visualized them under a microscope. When compared to non-infected psyllids, the gut cells exposed to CLas had dead spots, abnormalities and broken nuclei. These changes were accompanied by biomarkers signifying programmed cell death and DNA degradation. All of these signs point to an immune response mounted by the psyllid against the bacterium. 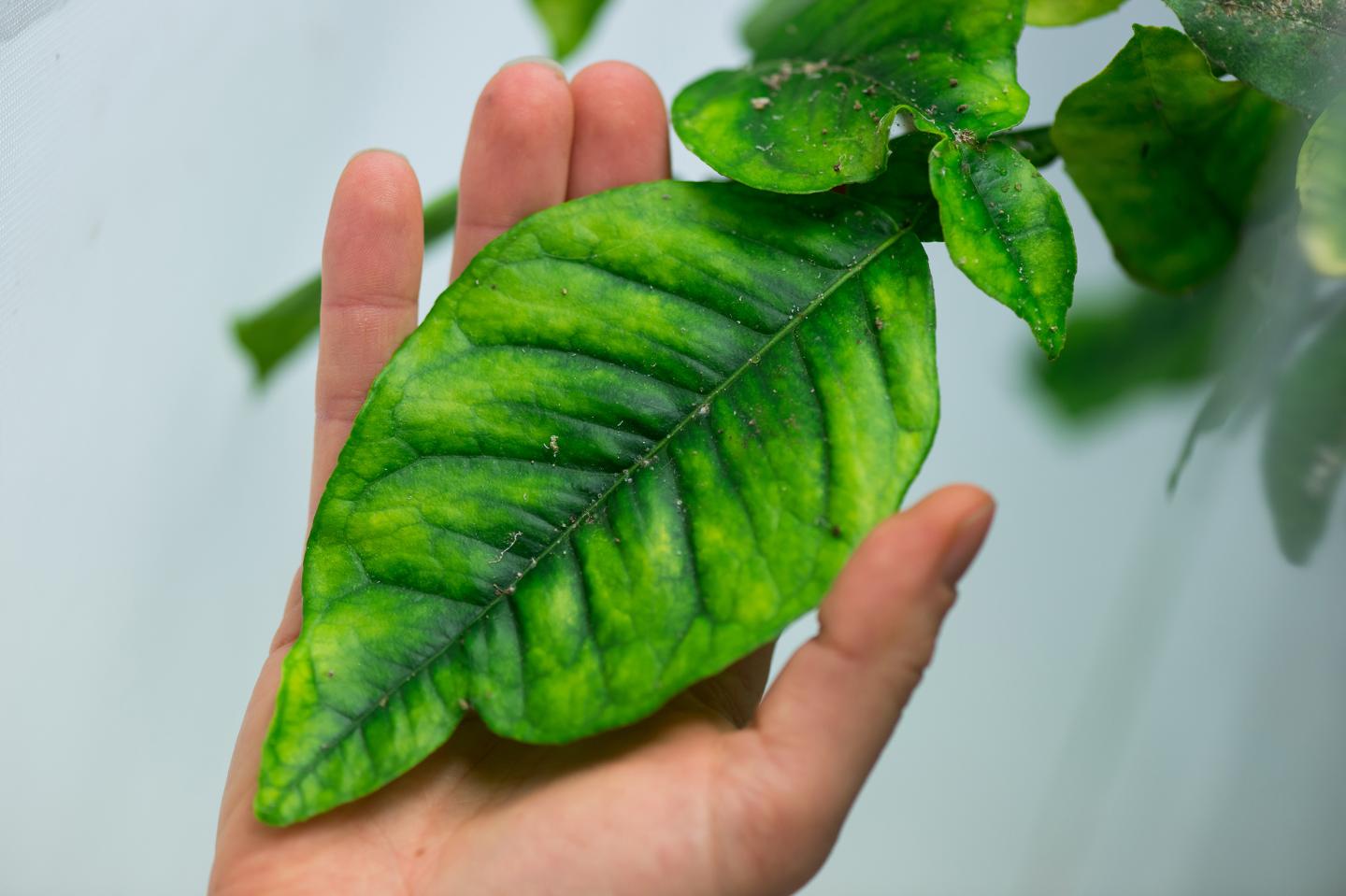 A leaf from an orange tree with citrus greening disease shows the characteristic yellowing that is one symptom of the bacterial infection. Credit: Sheryl Sinkow/Boyce Thompson Institute

In practical terms, the findings point to cell death in the psyllid midgut as a place where humans could intervene to block the bacterium's path through the insect. Scientists could introduce "interdiction" molecules that block proteins involved in cell death, or use genetic approaches to silence genes related to the process. Gut binding compounds have already been developed that stop aphids from taking up plant pathogens, and the researchers are working on similar compounds for psyllids.

Deploying one of these strategies would likely take a year of laboratory experiments, followed by two to five years of field testing and another year for EPA and USDA approvals.