News Staff
The Arsinoite nome (now called Faiyum) region 60 miles south-west of Cairo was once the breadbasket of the Roman Empire but by the end of the third century most settlements there had been abandoned.

The problem was climate change. Attempts by local farmers to adapt to the new dryness and desertification of the farmland didn't work and they had to move.

Nature gave the area a one-two punch. Climate data indicates that the monsoon rains at the headwaters of the Nile in the Ethiopian Highlands suddenly and permanently weakened, which meant lower high-water levels of the entire river in summer, while a tropical volcanic eruption in 266, which in the following year brought a below-average flood of the Nile, also played a role.

Volcanoes are a tremendous factor in climate shifts - the 1818 novel "Frankenstein" was inspired by both leaps in science and Europe's 'year without a summer' due to climate change. Major eruptions are now known from sulfuric acid deposits in ice cores from Greenland and Antarctica. Particles hurled up into the stratosphere lead to a cooling of the climate, disrupting local monsoon systems all over the world. 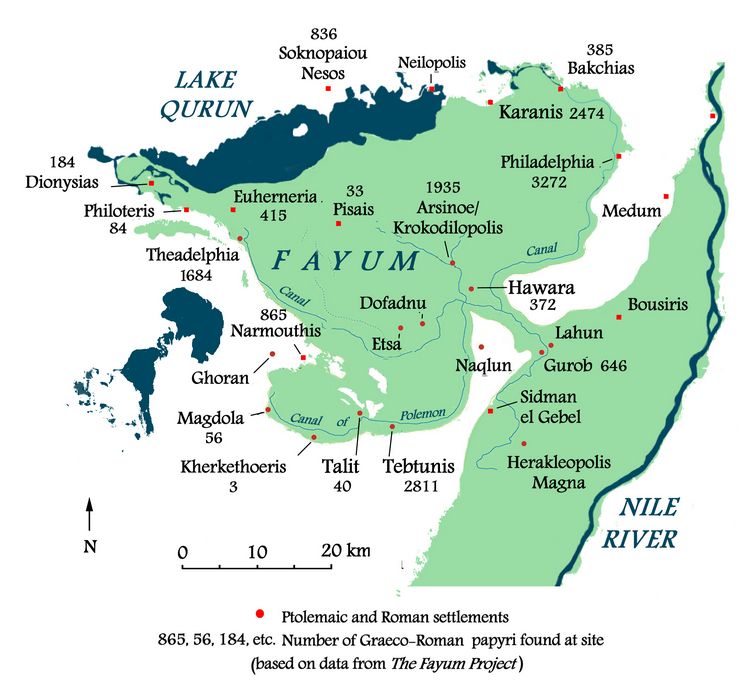 Thanks to over 26,000 preserved papyri (documents written on sheets of papyrus), the climate problems in Faiyum are well-documented. Rome relied on Egypt as a key source of grain to feed its empire and records show inhabitants switched to growing vines instead of grain or to sheep farming due to the scarcity of water. There were instances of water theft and Rome lowered its grain tax, which delayed the inevitable, but the water was not coming back fast enough. Other regions benefited from a new influx of people.