The Roman empire stretched over three continents, had 70 million people, and had a logistics and infrastructure system that kept them going for centuries.

They had smart agricultural practices and an extensive grain-trade network that enabled them to thrive even where water was scarce - but they knew their limits according to a paper in Hydrology and Earth System Sciences.

Brian Dermody, an environmentalist at Utrecht University, teamed up with hydrologists from the Netherlands and historians at Stanford University to learn how the Romans managed water for agriculture and traded crops contributed to the longevity of their civilization. They estimated the water resources required to grow grain, the staple crop of the Roman civilization, and how these resources were distributed within the Empire, but they used a debunked metric, the modern 'virtual water' concept, which claims it takes 2,000 liters of water to grow one kilogram of grain. Using 'virtual water', the grain grown just in Egypt uses more water than contained in the Nile.

But for an environmentalist touting a water crisis, virtual water is accepted despite the math. 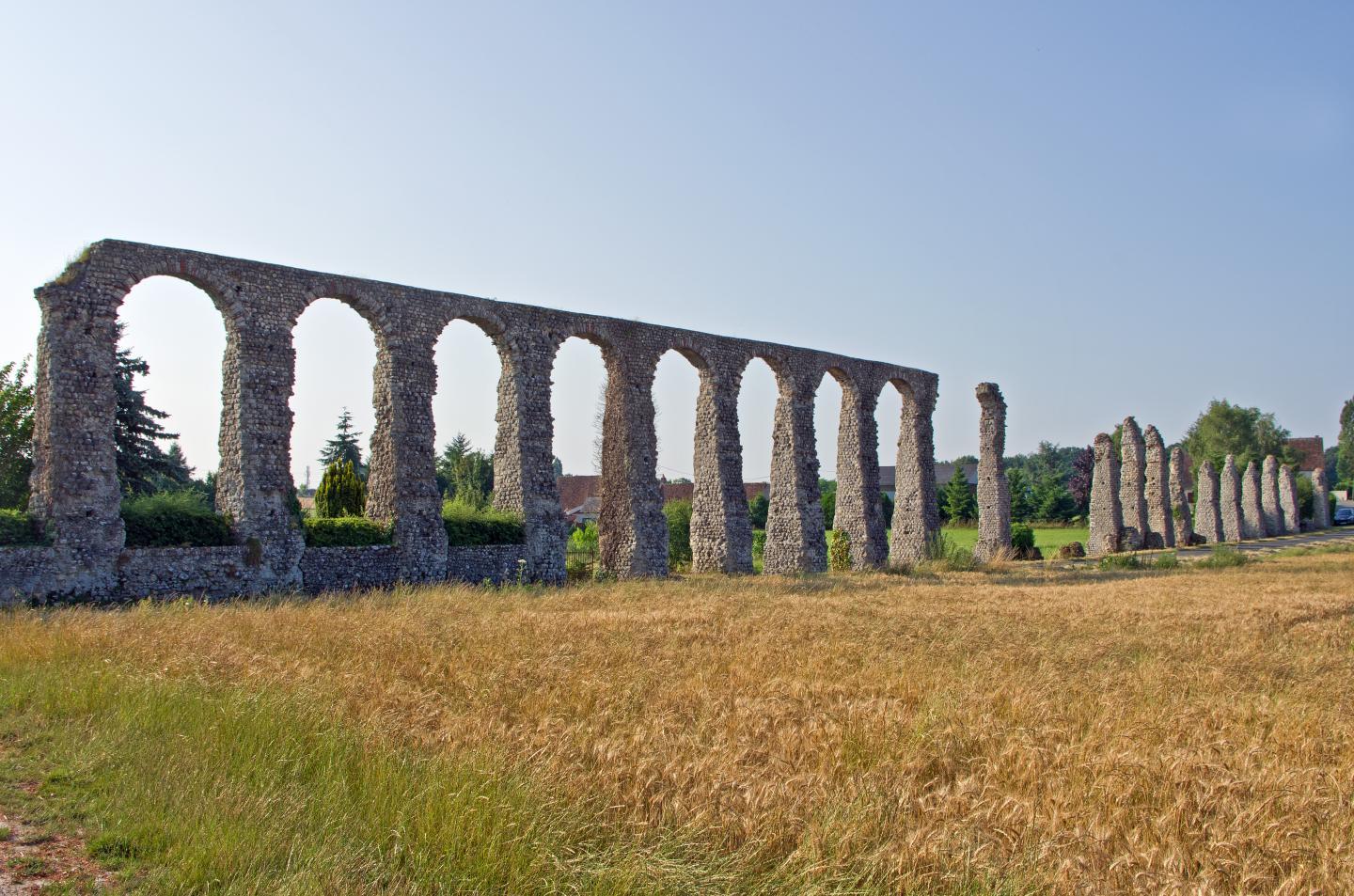 This Roman aqueduct near the Luynes in Indre-et-Loire, central France, is the only remnant of the ancient city of Malliacum. Credit: Daniel Jolivet CC-BY

Using that metric, they created a virtual water network of the Roman world. "We simulated virtual water trade based on virtual-water-poor regions (urban centres, such as Rome) demanding grain from the nearest virtual-water-rich region (agricultural regions, such as the Nile basin) in the network," explains Dermody.

Grain yields depended on factors such as climate and soil type so the authors also used reconstructed maps of the Roman landscape and population to estimate where agricultural production and food demand were greatest. They also simulated the trade in grain based on an interactive reconstruction of the Roman transport network, which takes into account the cost of transport depending on factors such as distance and means of transportation.

Their virtual water model found that the Romans' ability to link the different environments of the Mediterranean through trade allowed their civilization to thrive. "If grain yields were low in a certain region, they could import grain from a different part of the Mediterranean that experienced a surplus. That made them highly resilient to short-term climate variability," says Dermody.

But they believe Roman water-management practices may also have contributed to their downfall - with a stable food supply, populations grew and urbanization intensified, making more expansion necessary to feed people. In the long term, they believe these factors eroded their resilience to poor grain yields arising from climate variability.

Naturally, the paper claims it is happening again now.

"We're confronted with a very similar scenario today. Virtual water trade has enabled rapid population growth and urbanisation since the beginning of the industrial revolution. However, as we move closer to the limits of the planet's resources, our vulnerability to poor yields arising from climate change increases," concludes Dermody.

Except now we know that we only use 2 percent of the world's water, so there is only an energy issue, not a water one. And we know that virtual water did not ruin the Roman empire, corruption and barbarians did.