News Staff
One of the glaring errors in the controversial United Nations IPCC report critical of agriculture was that it used the Greenhouse Gas Protocol yet ignored the carbon sequestration of crops. A politically neutral examination of the science shows that agriculture is nowhere near as big a problem in emissions as activists have claimed.

A model from Spain shows it again. Though agricultural activity is only a small fraction of the total emissions of greenhouse gases in Spain, the new computer projection shows it can increase sequestration of organic carbon in soil in the soil even more - and further get farming away from being the villains environmental NGOs have tried to create.

The 4perMille initiative, in the framework of the Paris Climate Agreement, uses practices such as no-till farming (sowing without having previously tilled the soil) plus making use of soil cover and rotating crops. A team analyzed the potential of Conservation Agriculture to reach the aim of increasing carbon storage in soil by 0.4% yearly, which is the main goal of the 4perMille initiative. Applying the Carbon Benefit Project model, designed by the UN Environment Programme, they estimate that by using no-till farming for extensive crops, carbon sequestration levels could reach up to three times the goal amount in the agreement. 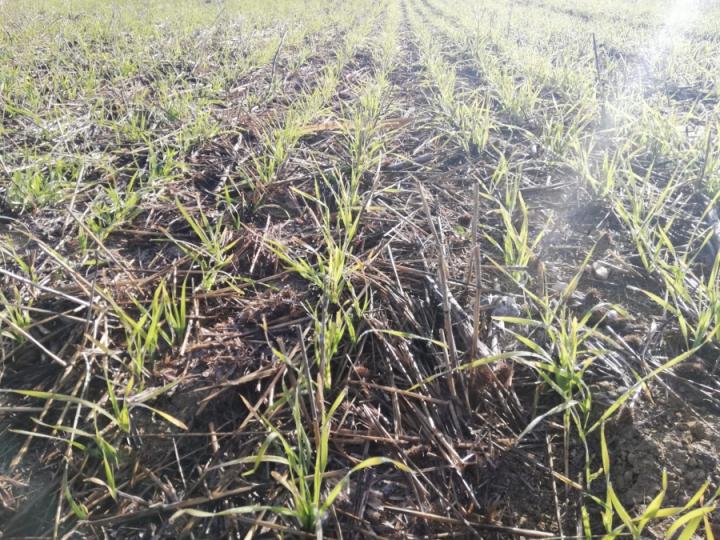 No-till farming won't work in most cases, and that is the problem with computer estimates that speculate about improvements if it did. Image: University of Cordoba

After comparing heavy tilling to data from the model based on a no-till farming situation with extensive crops (grains, sunflower, legumes, forage crops), regions appeared where carbon sequestration could triple the amount fixed by the 4permille initiative in places such as the Guadalquivir valley, Navarre, Aragon and Catalonia.

For this example, they ignored yield and rising food costs if this was to replace conventional agriculture but found that Conservation Agriculture's capacity to mitigate climate change could be greater than it currently is.

In addition to increasing organic carbon sequestration, they estimate that using no-till farming and other Conservation Agriculture practices could mean reducing soil erosion by up to 95 percent. Soil erosion is not much of a problem in 2020 so reducing a negligible amount by even more doesn't makes a huge difference but it shows that agriculture can get even better without leading to higher food costs. There is still some soil loss in the basins of the Guadalquivir and Ebro rivers. Spain has over 700,000 ha of extensive crops in Spain, making it the European country with the greatest amount of application of these techniques.

Farmers are for all of the above, as long as it can show they won't be the ones penalized. Soil is their greatest asset, they want it to be efficient and long-term, but remain skeptical about computer models made in university departments. Farming is easy when the terms involved are just letters on a keyboard.
News Articles
More Articles All Articles
About