News Staff
COVID-19 caused by SARS-CoV-2 variant, B.1.1.7 was first discovered in Kent last year and statistics suggest it is 30 and 100 percent more deadly than previous strains.

This is epidemiology, so an exploratory finding using correlation, that is why the range is so large. Scientists would have to confirm the validity of the statistical correlation before figuring out how to tackle it.

The authors correlated it to higher risk by comparing death rates among people infected with the new variant and those infected with other strains. They found little in the way of absolute numbers, 227 more deaths in 54,906 versus 141 for other strains, but in a relative sense B.1.1.7 can be associated with a significantly higher mortality rate amongst adults diagnosed in the community compared to previously circulating strains.

The paper could not account for the many other co-morbidities but the new variant has been detected in more than 50 countries worldwide.  If the B.1.1.7 variant raises the risk and maintains the ability to spread rapidly it could be a threat. The good news is, death from COVID-19 is still a rare event. 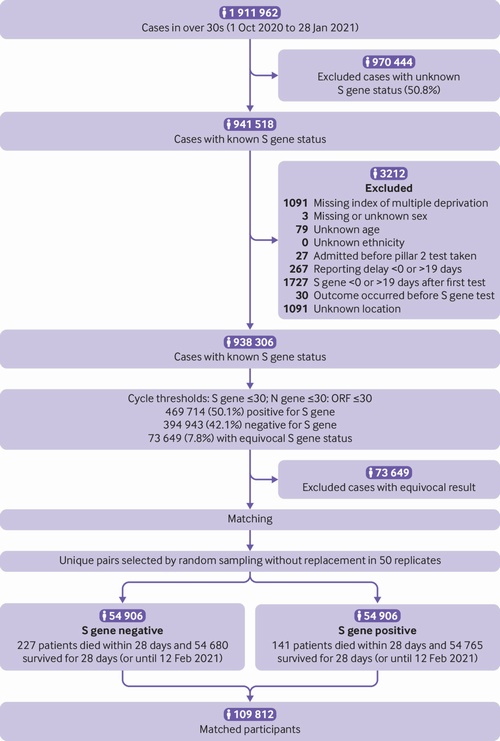 Leon Danon, senior author of the study from the University of Bristol said, "We focused our analysis on cases that occurred between November 2020 and January 2021, when both the old variants and the new variant were present in the UK. This meant we were able to maximize the number of "matches" and reduce the impact of other biases. Subsequent analyses have confirmed our results.

"SARS-CoV-2 appears able to mutate quickly, and there is a real concern that other variants will arise with resistance to rapidly rolled out vaccines. Monitoring for new variants as they arise, measuring their characteristics and acting appropriately needs to be a key part of the public health response in the future."
News Articles
More Articles All Articles
About