News Staff
The Mars Curiosity rover has been on the job since the summer of 2012, exploring Gale Crater on the red planet. It's slow going, it has driven only 25 kilometers to date.

But it can be fun to watch, like its ascent of Mount Mercou, a broad outcrop of rocks on the northern flank of Mount Sharp near the center of the crater, on April 18th 2021.

Mt. Sharp is over 2 miles high and Curiosity is the size of a small car. In the picture, it is above a 20-foot-high cliff where it examined the exposed rocks. 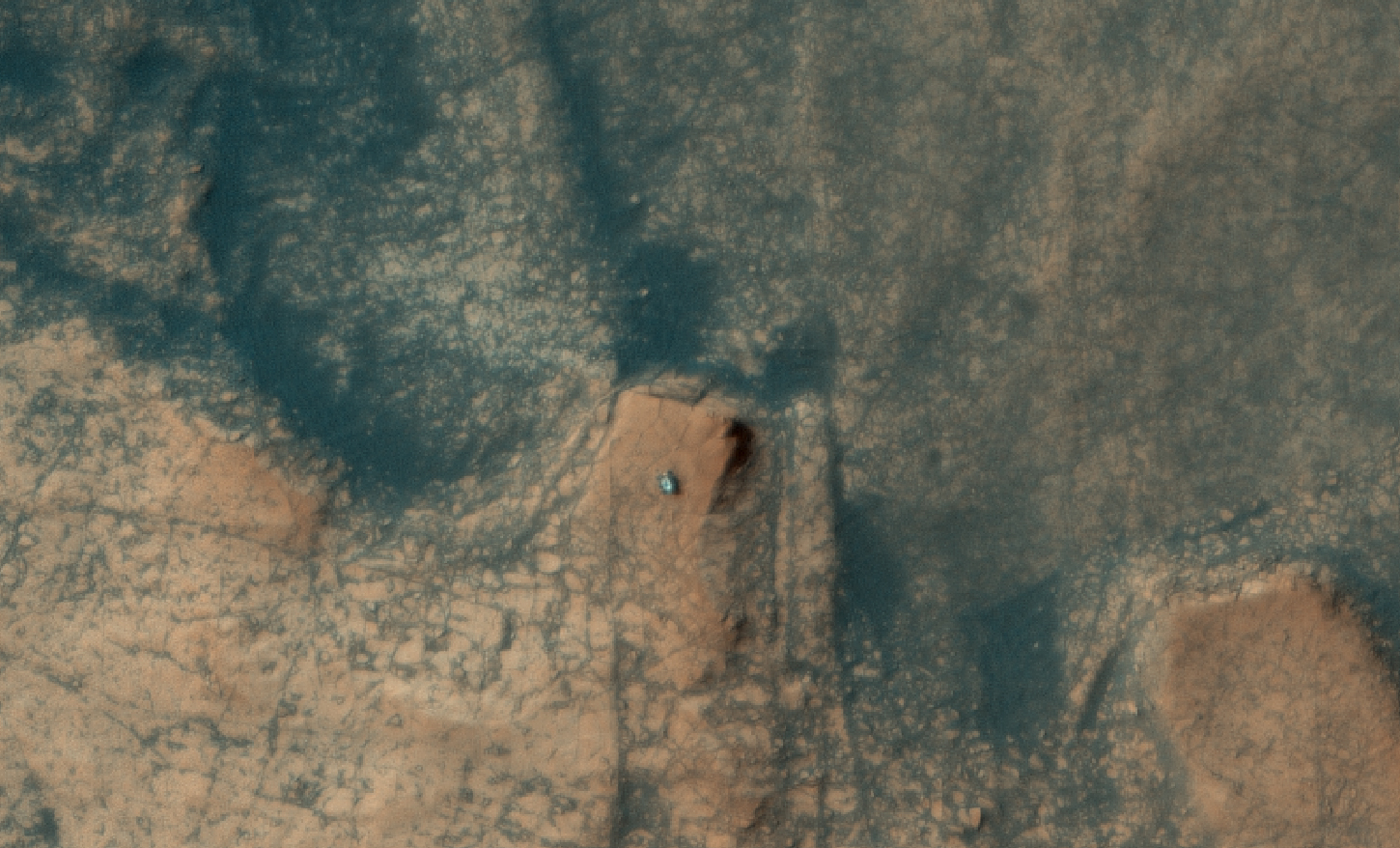 If the picture looks a little grainy - though not UFO grainy, this is real - that's because, as the University of Arizona notes, the pixel-scale is 26 centimeters, which means it is capturing features about a meter across in size. But the HiRISE camera that took it is on the Mars Reconnaissance Orbiter is taking it from an impressive 140 miles overhead, and it can take images up to 28 Gb in 6 seconds. It was built by Ball Aerospace and is operated by the university and its usual job is to makes observations at both human and near-infrared wavelengths to obtain information on the mineral groups present on Mars.