News Staff
Two teams have announced the fifth and most prominent way that the Higgs boson - "the God particle" as it was once called - decays into other particles called bottom quarks. This pathway is the last to be detected of the five main signature pathways that can identify the Higgs particle.

Quarks are tiny constituents of protons, which themselves are some of the building blocks of atoms. The bottom quark is one of the six types of quarks that make up the menagerie of particles in the "standard model" that explains matter and their interactions

Long-sought because it confirms theories about the nature of matter, the Higgs particle exists only fleetingly before transforming into other, so-called "daughter" particles. Because the boson lasts only for about one septillionth of a second, researchers use the particle's offspring as evidence of its existence. 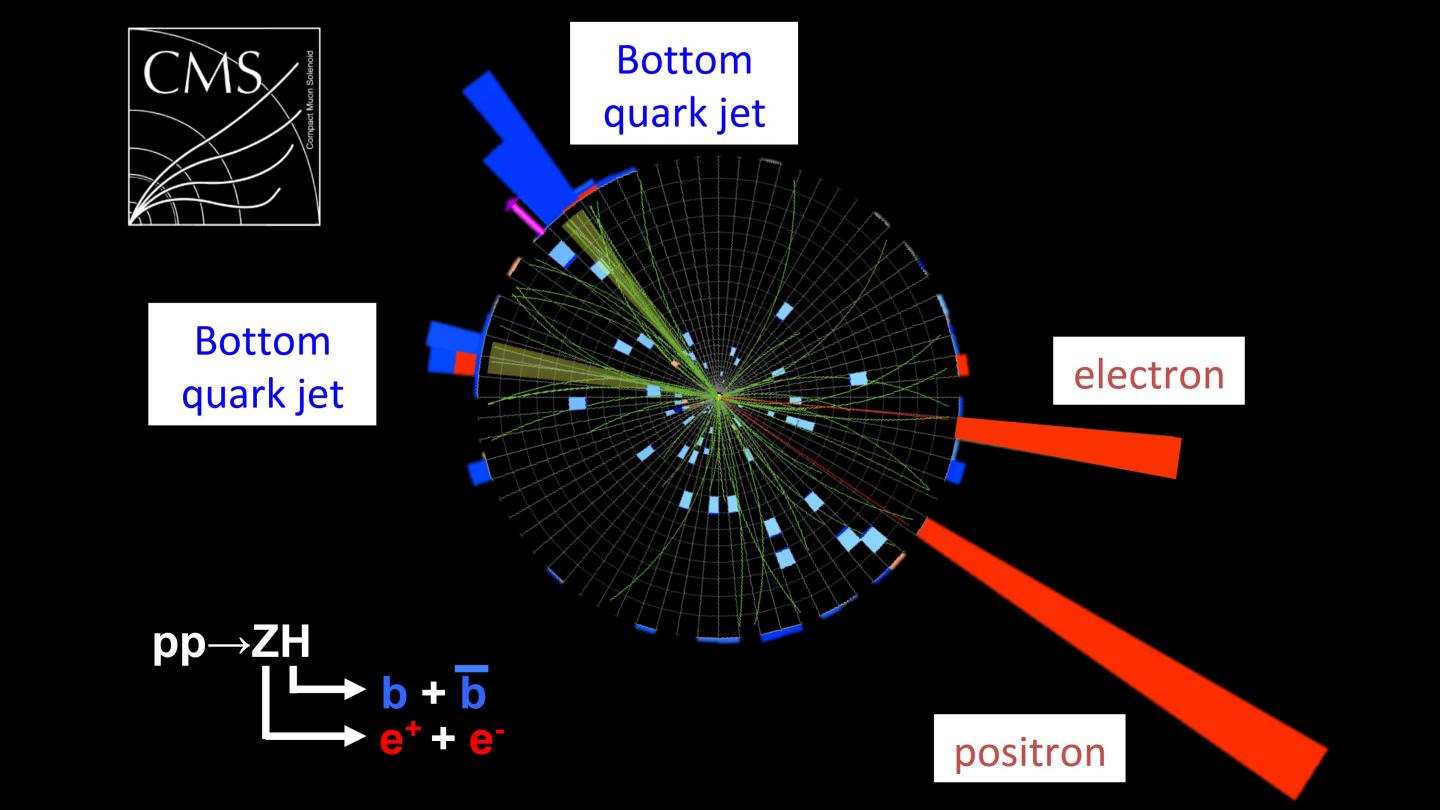 Image courtesy of the CMS Collaboration

These daughter particles are scattered among the shower of particles created from the collision of two protons at the Large Hadron Collider at the European Organization for Nuclear Research (CERN). The Higgs particle was observed for the first time in 2012 through three of the other modes of decay.

Of these lineages or decay patterns, the decay into two bottom quarks occurs most often, making up about 60 percent of the decay events from the Higgs, according to Olsen.

But at the LHC, the bottom-quark pattern is the hardest to trace back definitively to the Higgs because many other particles can also give off bottom quarks. Discerning which bottom quarks came from the Higgs versus other particles has been the main challenge facing the LHC's two Higgs detectors, the Compact Muon Solenoid (CMS) with which Olsen works, and its companion, ATLAS. The detectors operate independently and are run by separate teams of scientists. Both detectors are adept at spotting particles such as electrons, photons and muons, but are more challenged by quarks. The quarks due to their nature are not observed as free particles. Instead they are bound and appear as other particles such as mesons and baryons or decay quickly.

Once produced, these bottom quarks split into jets of particles, making them hard to trace back to the original parent particles. Because of this background noise, the researchers required more data than was needed for the other pathways to be sure of their finding.