News Staff
When a sneeze happens, around 100,000 contagious germs for things like the common cold, influenza and tuberculosis move through the air at speeds of up to 100 miles per hour.

It sounds scary, but there are numerous environmental factors that impact the actual transmission of disease, and a new study sought to determine those right down to the level of a single aerosol particle and a single bacterium.

What factors impact how well those aerosol droplets transport pathogens? Along with obvious things like covering your mouth and nose, relative humidity, temperature, atmospheric oxidants and the presence of light all matter in the viability and infectivity. For their study, the scholars trapped a cloud of droplets of exact known population and simulating their environmental exposure over a time from five seconds to several days. The aerosol droplets were then  sampled onto a surface to determine how many bacteria have survived their time in the aerosol phase. 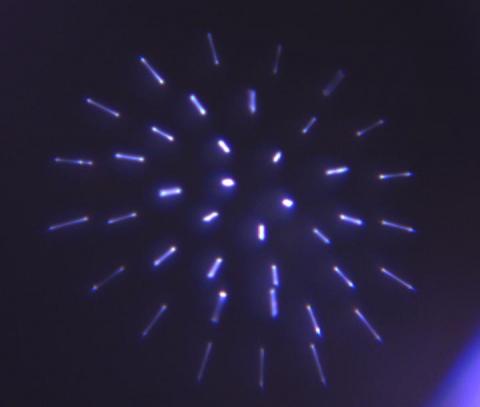 They were able to get measurements down to the single bacterium/single droplet level (picolitres) with high time resolution (one second), allowing the first quantitative studies of the influence of dynamic factors transforming the aerosol (for example evaporation, condensation) on viability.

For example, the study shows that during evaporation of droplets, the concentration of typical salts can rise way beyond their solubility limit, placing considerable osmotic stress on the bacteria and reducing viability.

The authors say their approach has many advantages over conventional techniques, which include introducing large populations of droplets to large rotating drums or capturing droplets on spiders' webs.