News Staff
Navan Fort, the legendary capital of Ulster. has long been considered a site of ritual gatherings.  Excavations have uncovered a huge 40-yard diameter building and a barbary ape cranium, likely from at least as far as Iberiam along with remnants of pigs, cattle and sheepfrom across Ireland, perhaps being reared as far afield as Galway, Donegal, Down, Tyrone and Antrim.

That means Iron Age communities were very mobile at holiday time, their own version of driving for Christmas.

The researchers used multi-isotope analysis on samples of tooth enamel to unlock the origins of each animal. Food and water have chemical compositions linked to the geographical areas where they are sourced. When animals eat and drink, these chemical signals are archived in their teeth, allowing scientists to investigate the location where they were raised. 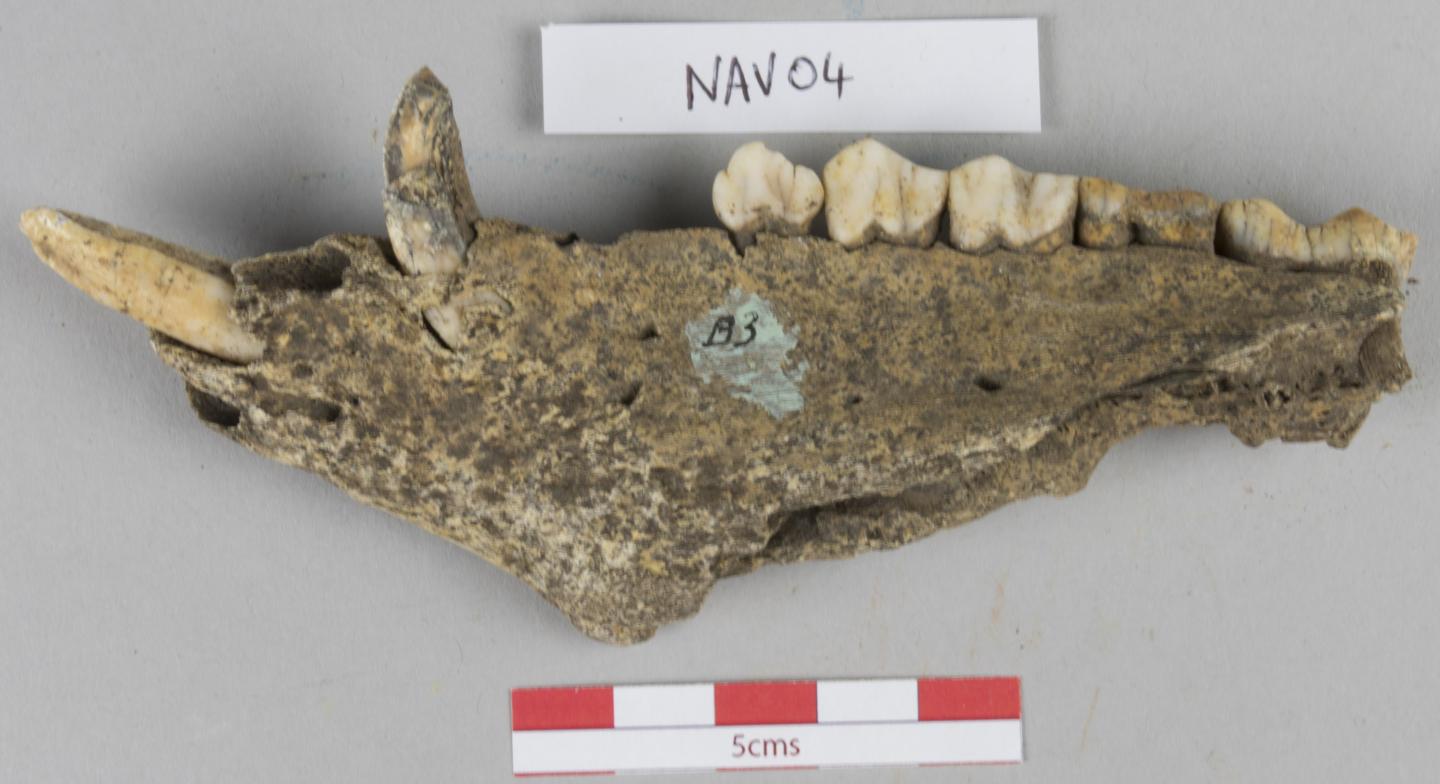 One of the analyzed pig jaws for the study. Credit: Dr Richard Madgwick

"The high proportion of pig remains found there is very rare for this period," says Dr. Richard Madgwick of Cardiff University, who led the study. "This suggests that Navan Fort was a feasting centre, as pigs are well-suited as feasting animals and in early Irish literature pork is the preferred food of the feast. It is clear that Navan Fort had a vast catchment and that the influence of the site was far-reaching."

Co-author of the research, Dr Finbar McCormick, of Queen's University, Belfast, said, "In the absence of human remains, multi-isotope analysis of animals found at Navan Fort provides us with the best indication of human movement at that time. Feasting, almost invariably associated with sacrifice, was a social necessity of early societies where the slaughter of a large domesticate necessitated the consumption of a large amount of meat in a short period of time."

Earlier this year, research of 131 pigs found at sites near Stonehenge revealed animals came from as far away as Scotland and numerous other locations across the British Isles. Before this, the origins of people who visited this area and the extent of the population's movements at the time had been long-standing enigmas in British prehistory.

Transporting animals across the country would have involved a great deal of time and effort so our findings demonstrate the important role they played in society. Food was clearly a central part of people's exchanges and traditions.
News Articles
More Articles All Articles
About