News Staff
An analysis of noble gases dissolved in groundwater finds that the low-to-mid latitude land surfaces at low elevation cooled on average by 11 degrees Fahrenheit during the Last Glacial Maximum - the ice age.

Yet 11 degrees is less than some notable marine and low-elevation terrestrial studies that have relied on various proxies to reconstruct past temperatures. 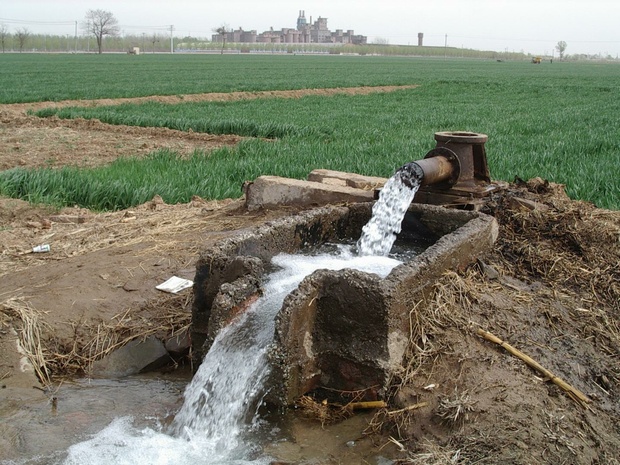 A well in the North China plain during a field campaign in 2004 to measure noble gases to reconstruct past temperature. Image: Werner Aeschbach

"The main reason that prior work was flawed was that it relied heavily on species abundances in the past. But just like humans, species tend to migrate to where the climate suits them. Think, for instance, of snowbirds moving from Canada to Arizona in winter. So, species aren't very good thermometers,"  said paper co-author Professor Jeffrey Severinghaus of Scripps Institution of Oceanography, University of California San Diego.

The paper made use of a technique in which measurements of noble gases dissolved in ancient groundwater enable direct and quantitative determination of past surface temperature. Noble gases in the atmosphere are chemically and biologically inactive and have no appreciable sinks or sources over the 40,000-year timescales relevant to this study. They dissolve into groundwater, and their equilibrium concentrations depend strongly on temperature. The authors compiled four decades worth of groundwater noble gas data from every continent except Antarctica, along with previously unpublished measurements from some key tropical locations to produce a global record of noble gas-derived temperatures (NGTs) of the LGM.

"Noble gas paleo temperature records are so powerful because they are based on a physical principle and are not much influenced by life--which always complicates everything-- and short term extreme events." said journal article co-author Martin Stute, a professor in the Environmental Science Department at Barnard College and an adjunct senior research scientist at the Lamont-Doherty Earth Observatory. "They provide a temperature average over hundreds to thousands of years. It is remarkable, and rewarding for me, how consistent noble gas paleo temperature reconstructions are in low latitudes from the early studies that I led in the 1990s to the most recent ones."

The study bolsters the method of analyzing noble gases to reconstruct paleo temperatures and provides more confidence in climate models, according to the authors.

"Another key goal of our study was to evaluate the overall accuracy of the so-called 'noble gas paleo-thermometer' for reconstructing temperatures on land during the last glacial period. Naturally, our ability to confidently use this tool to understand the past is related to how well it works in the present. By comparing modern temperature observations to independent estimates using noble gases in relatively young groundwater, we found that the noble gas thermometer is remarkably accurate over a wide temperature range from around 2 to 33 degrees C (36 to 91 degrees F). This adds a good deal of confidence to our estimates of cooling during the LGM," said the paper's lead author, Alan Seltzer, an assistant scientist in the Marine Chemistry and Geochemistry Department at the Woods Hole Oceanographic Institution.