The authors say theirs is the most comprehensive study of feathered dinosaurs and early birds into the evolutionary relationships of dinosaurs at the origin of birds. They used an analytical pipeline to search for evolutionary trees, and estimated how each species may have crossed the stringent thresholds for powered flight.

Using their evolutionary tree, the team reconstructed the potential of bird-like theropods for powered flight, using proxies borrowed from the study flight in living birds. 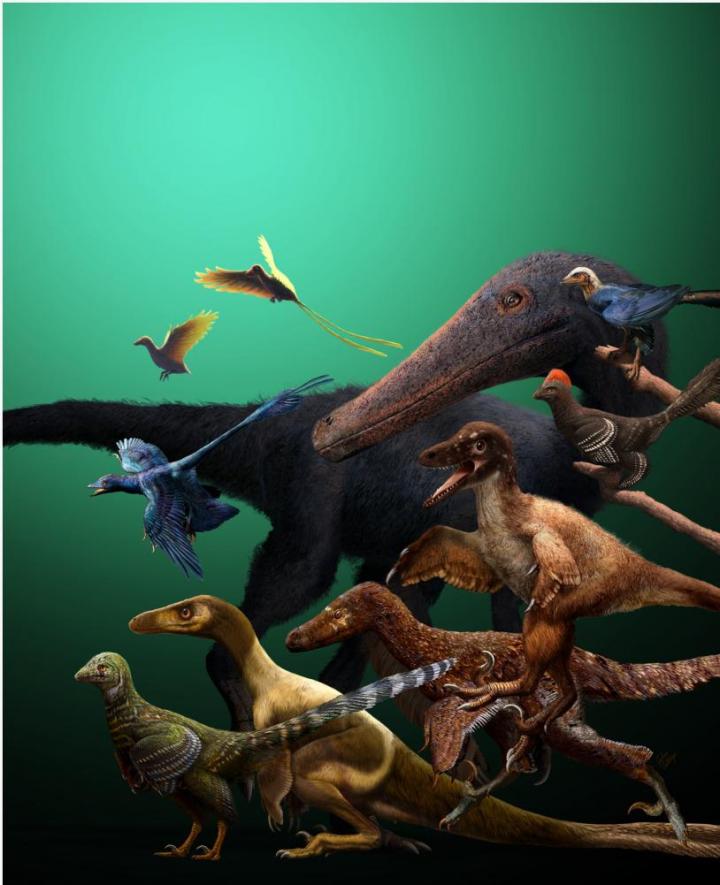 They were able to map biomechanical limits to all these species and propose a picture of experimentation within a spectrum of near-flight to fully-flighted capabilities. This goes against linear stepping forward through evolution model of bird origins and is instead an explosive radiation of feathered dinosaurs with many kinds of wing-assisted locomotion.