Supercurrents are scientifically strange. At super cold temperatures, they can give us electricity that moves through materials without resistance and use of light pulses at terahertz frequencies- trillions of pulses per second - to accelerate electron pairs, known as Cooper pairs, within supercurrents, led scientists to "second harmonic light emissions," or light at twice the frequency of the incoming light used to accelerate electrons.

That, according to Iowa State University physics Professor Jigang Wang, is analogous to color shifting from the red spectrum to the deep blue. And it should not happen in superconductors. 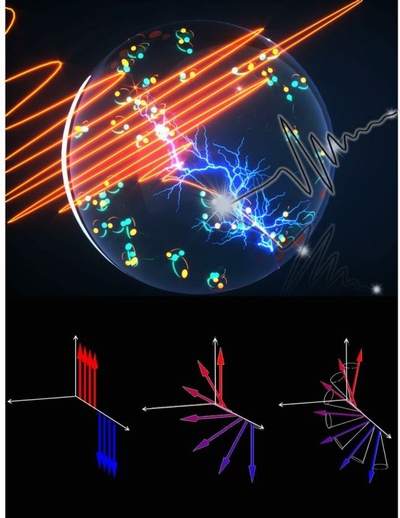 But lots of things happen in the quantum world that shouldn't happen.

Philip W. Anderson was co-winner of the 1977 Nobel Prize in Physics. He conducted theoretical studies of electron movements within disordered materials such as glass that lack a regular structure. Today, quantum terahertz spectroscopy can visualize and steer electrons using terahertz laser flashes as a control knob to accelerate supercurrents and access new and potentially useful quantum states of matter.

Quantum everything has been just around the corner for decades now. The computer the data were collated on was supposed to be quantum by 2005 but it's still regular old Maxwell's equations. But finding ways to control, access and manipulate the special characteristics of the quantum world remains the first frontier for practical quantum information science.