News Staff
Scientists just published a study of what may prove to be China's most ancient human fossil. The researchers employed microCT, geometric morphometry, and classical morphology techniques to investigate the remains of the maxillary and five teeth from the skull unearthed at the Chinese site of Gongwangling, on the vast plains on the northern slopes of the Quinling Mountains (province of Shaanxi, in central China) and was discovered by the scientist Woo Ju-Kang in 1963.

The age of the site was reevaluated in 2015 through regional paleomagnetism studies. Those data suggest that the Gongwangling remains date from something over 1.6 million years ago, and so they could belong to one of the first human beings to colonize what is now China.

According to the new study, there exist similarities between the Gongwangling teeth and those from rather more recent Chinese sites: Meipu and Quyuan River Mouth; but some variability is also presented, suggesting a certain diversity among the populations of H. erectus that colonized Asia during the Pleistocene. 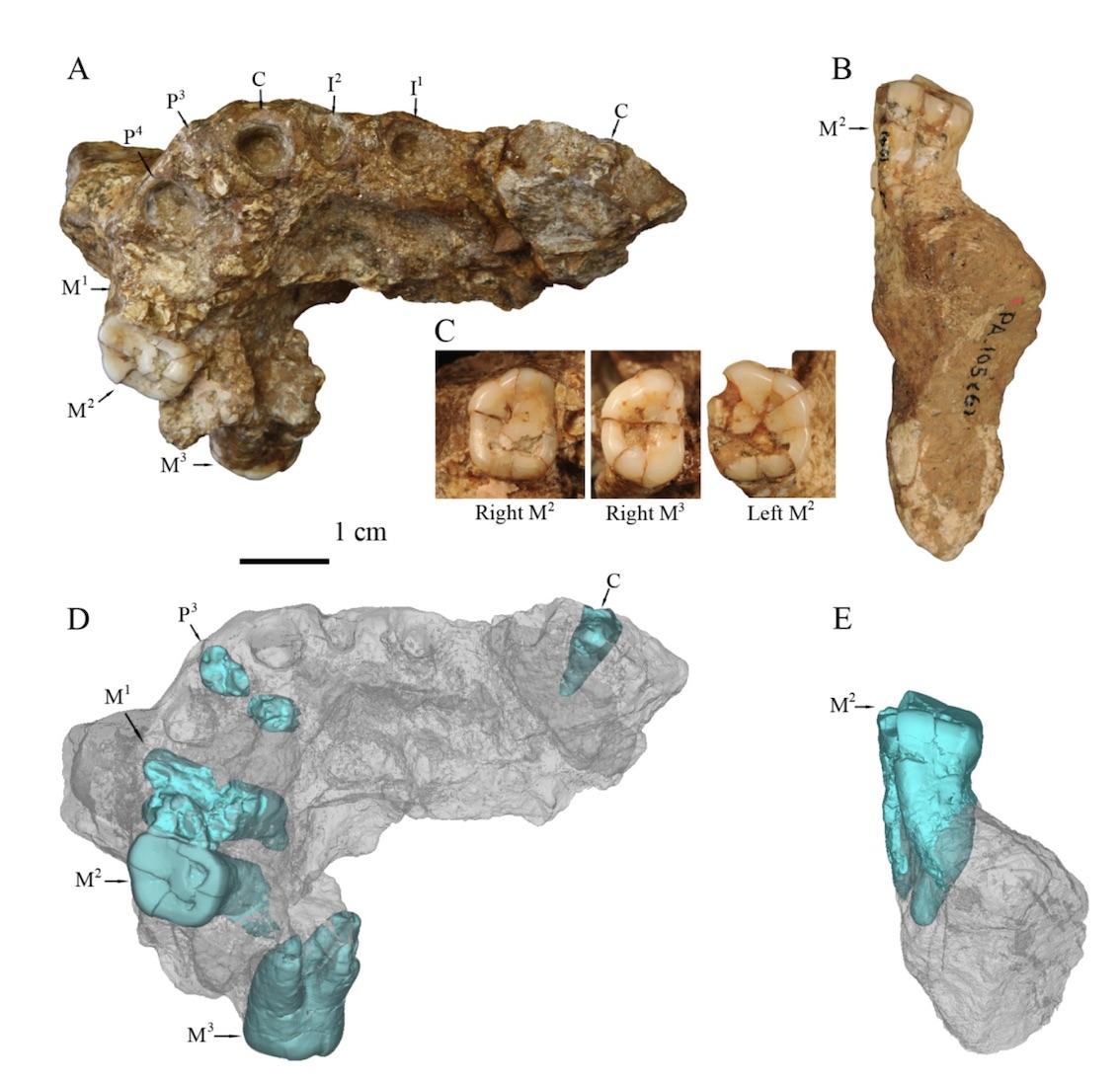 The Gongwangling skull presents all the characteristics described for H. erectus: low and very long cranium, with very thick bones that protected a brain of some 780 cubic centimeters; steeply inclined frontal, with pronounced superciliary arches that form a sort of twin visor above the eyes; flattened parietals which rise at the top to produce a sagittal keel; maximum parietal thickness at the skull base. The Gongwangling occipital is incomplete, but the reconstruction shows how this bone turns abruptly to comprise the skull base.

The importance of this new work lies in the scarcity of information about the early colonization of Asia. The Dmanisi site (Republic of Georgia) has furnished very significant evidence of the earliest inhabitants of Asia, who arrived from Africa around two million years ago. But much more information is needed to connect Dmanisi with the classic H. erectus populations of China (Hexian, Yiyuan, Xichuan, or Zhoukoudian), who lived in this great continental mass between 400,000 and 800,000 years ago.

“The Gongwangling site helps to plug this enormous lapse of time and it suggests that Asia might have been settled by successive populations of the species H. erectus at different moments of the Pleistocene”, comments José María Bermúdez de Castro, coordinator of the Paleobiology Program at the CENIEH.