News Staff
There has been some ongoing concern about bee colonies, even fears of an impending "colony collapse disorder", but both the fears and the causes have been misplaced, recent studies have shown.

Rather than being a mysterious effect due to pesticides (like neonicotinoids) slight variations in bee populations remain the fault of parasites. Yet that brings its own mystery. Varroa mites, the biggest culprit, are not very mobile.

A new paper has a possible answer. In response to a pollinator crisis that never happened, amateur beekeeping has taken off as a fad. And that means lots of bees are being shipped by trucks. The mite simply hitches a ride, by "co-opting" several honey bee behaviors to its own benefit, allowing it to disperse widely by hitchhiking on wandering bees. 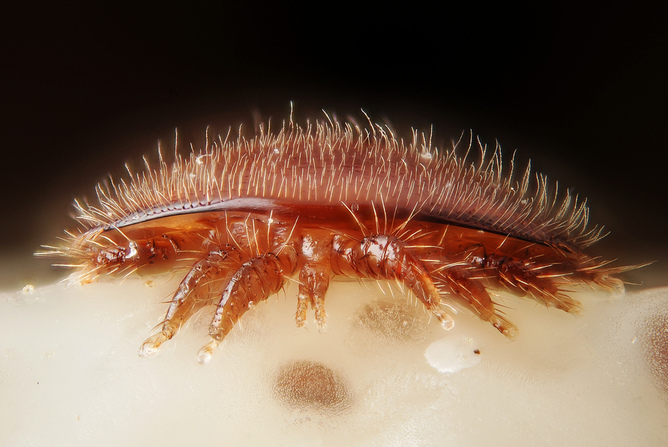 In the wild, bee colonies tend to survive despite Varroa infestations,   driving a colony to collapse is against Varroa mites' own interest, and colonies are usually located far enough apart to prevent mites from hitching rides to other colonies on foraging bees.  Not so when amateurs are buying hives to put in their backyards. Increasing infestation of a colony activates the dispersal mechanisms the mites need to spread. Weakened foragers are more likely to wander to other colonies, and weakened colonies are more likely to see foragers from healthy colonies visit to rob them of honey. In both cases, mites can hitch a ride from one colony to another.

It is different in wild bee colonies, where when the colony grows large enough a portion of its bees splinter off to create a new colony elsewhere and serves as a mechanism for thinning out the density of mite infestations and their associated pathogens. In managed honey bee settings, colonies are kept in close proximity, and swarming is prevented.

Researchers conducted an 11-month study of 120 honey bee colonies in one commercial bee operation, comparing those treated with mite-targeting insecticide (miticide) in the spring and fall with those treated only in the fall, and they found no significant difference in the results: more than half of the colonies were lost across the board. This aligns with what has been seen by beekeepers and researchers alike in recent years: Varroa populations continue to grow even after being treated with effective miticides. The researchers conducted mathematical simulations of Varroa mite population dynamics to examine the effects of both migration of foragers between colonies and swarming. When bees can wander into other colonies--either to "rob" them of their honey or because they've simply lost their way--Varroa populations across colonies climb. Likewise, prohibiting colonies from splintering periodically via swarming also leads mite populations to rise.

It all adds up to a critical point for managed honey bee industry. The researchers cite the need for new integrated pest management strategies to treat Varroa destructor as a migratory pest, as well as for further research into the specifics of Varroa dispersal.
News Articles
More Articles All Articles
About