News Staff
Social psychologists say we send out social cues not just with our facial expressions, but with the tilt of our heads as well.

An otherwise neutral expression looks more dominant when the head is tilted down. The authors speculate that is because tilting one's head downward leads to the artificial appearance of lowered and V-shaped eyebrows--which elicit perceptions of aggression, intimidation, and dominance.

But why does looking like a serial killer seem more dominant than someone with their head tilted back, a pose usually regarded as more confident? Dominant means something different to them than it does the public.

In one online study with 101 participants, the researchers generated variations of avatars with neutral facial expressions and one of three head positions: tilted upward 10 degrees, neutral (0 degrees), or tilted downward 10 degrees. The participants judged the dominance of each avatar image, rating their agreement with statements including "This person would enjoy having control over others" and "This person would be willing to use aggressive tactics to get their way." 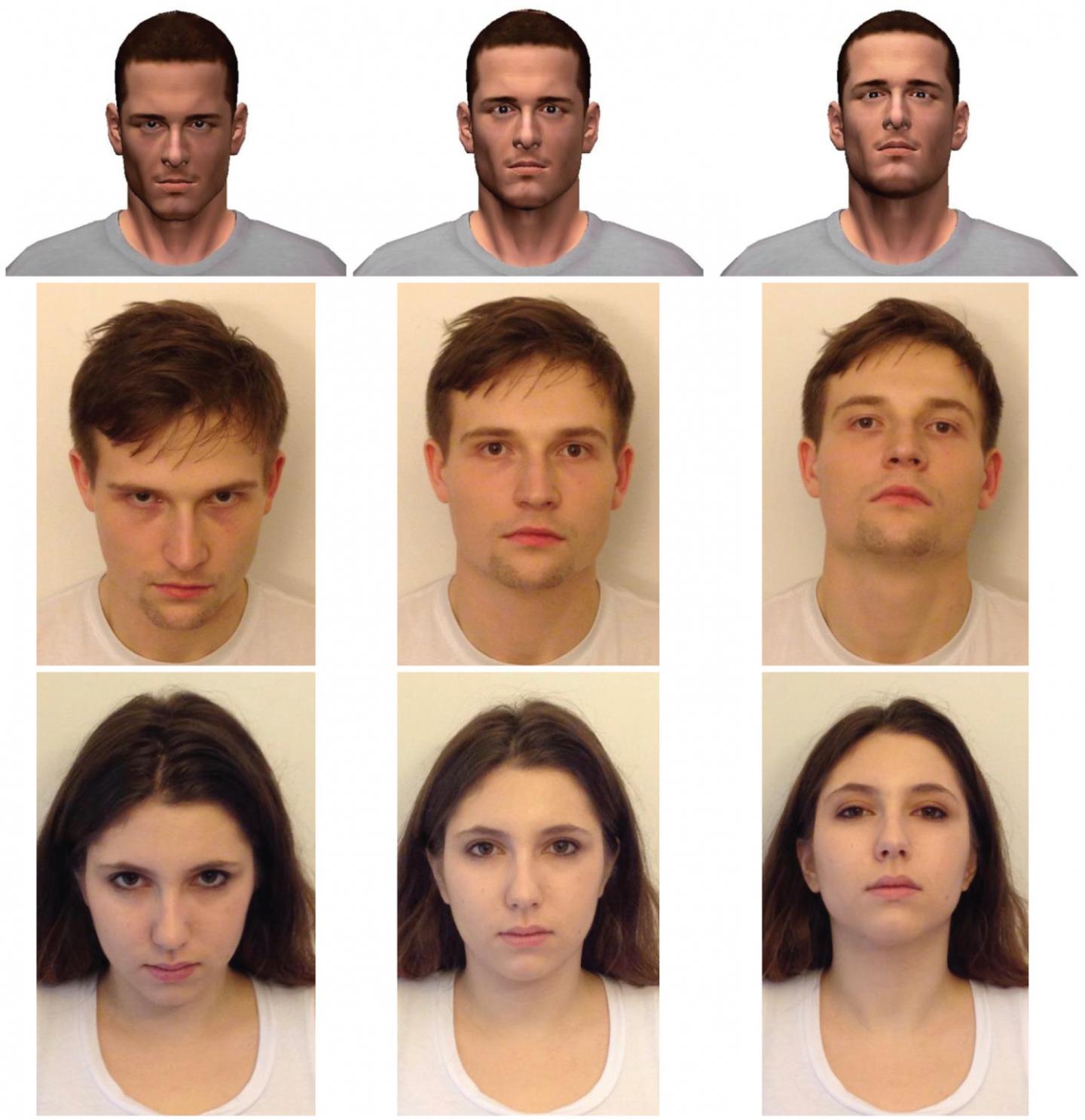 The results showed that participants rated the avatars with downward head tilt as more dominant than those with neutral or upward-titled heads.

Two more experiments indicated that the angle of the eyebrows drove this effect--downward-tilted heads had eyebrows that appeared to take more of a V shape, even though the eyebrows had not moved from a neutral position, and this was associated with perceptions of dominance.

"In other words, tilting the head downward can have the same effect on social perceptions as does lowering one's eyebrows--a movement made by the corrugator muscle, known as Action Unit 4 in the Facial Action Coding System--but without any actual facial movement," say the authors. "Head tilt is thus an 'action unit imposter' in that it creates the illusory appearance of a facial muscle movement where none in fact exists."

Could this have practical implications for our everyday social interactions? Like everything in psychology, that is unclear. Dominant hostile head tilting may be a fleeting kind of dominance, people will let you get your way because they are worried you will bite them, whereas the more relaxed confidence is the kind people will still embrace. No politician gets elected looking like they are auditioning for a "Psycho" remake.
News Articles
More Articles All Articles
About